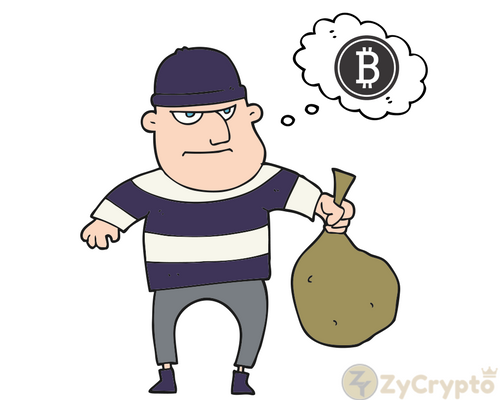 Criminals no longer rob banks. They now prefer bitcoin exchanges instead.
Crypto Robbers
According to a police report, the bandits entered the office of Canadian Bitcoins, bound four of their workers  and hit one of them on the head with the back a gun.
The fifth worker alerted the police from another office as soon as he noticed they were under an armed robbery attack. The thieves took to their heels without any bitcoin when they heard the police sirens from afar.
Ottawa Police Sergeant, Michael Haarbosch said:
“The suspects tried to coerce the employees of the business to complete a transaction.”
One suspect ran into a gully and police authorities searched the area with dogs and guns in hand. The police succeeded in arresting 19-year-old Jimmy St-Hilaire and are now in search of the two other suspects.
Although the officers-in-charge of the operation declined to mention the name of the particular bitcoin exchange, merely referring to it as a “Bitcoin-related financial institution” but a representative of Canadian Bitcoins confirmed that their office was attacked.

“Yesterday, there was an attempted robbery at our office in Ottawa, as police have mentioned, no one was seriously hurt during the incident, but one staff member did sustain minor injuries. Our focus is on supporting our staff at this time as well as working with the police in their investigation,” the spokesperson wrote.

The arrested Jimmy St-Hilaire is charged with:
Five counts of robbery with a firearm, five counts of pointing a firearm, five counts of forcible confinement, one count of wearing a disguise, one count of possessing a loaded, regulated gun amongst other charges.
Workers Shaken
The attack had many workers around the industrial park on edge. Dawen Zhang, a worker at a startup around the vicinity, said: “I probably won’t be able to actually work overnight.” Paul Holmes, a client of a firm on the same building as Canadian Bitcoin, said:

“It just speaks to how bold the suspects are.”

At press time, the other two suspects are still at large, and anyone with valuable information is asked to call the robbery unit at 613-236-1222, ext. 5116. Anonymous tips can be submitted by calling Crime Stoppers toll free at 1-800-222-8477 (TIPS)
There have been cases of hackers breaking into bitcoin exchanges and transferring millions of cryptocurrencies  to their wallets; there have also been cryptocurrency kidnappers,  whose area of expertise is in kidnapping bitcoin millionaires and now, digital currency robbers are trying to enter the crypto space at a time when authorities are fighting tooth and nail to regulate Bitcoin.