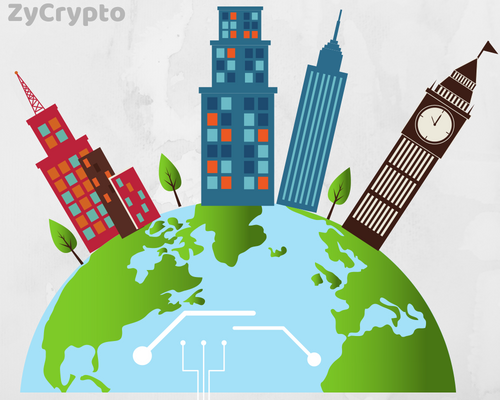 On June 19, 2018, a company owned by the brothers, by the name of Winklevoss LLP, was awarded a patent for ETP-based digitised mathematical assets, and shares distribution technologies for ETP instruments.  This is their seventh such Intellectual Property in ETP. But the awarded patent currently has no documentation on its application and use-cases.
An ETP is an important blockchain technology product, like an Exchange-Traded Fund or ETFs. The primary purpose of an ETP is to serve as collateral for other investments such as cryptocurrencies. The twins have been at the helm of bitcoin exchange-traded funds with many of their investments centred on crypto technologies and services companies.

Winklevoss Twins have been building on the Intellectual Properties they own. In May a patent which was awarded was for a system which settled transactions made for ETPs linked to cryptocurrencies.
The Patent Numbered 10,002,389 states that the inventions are methods, systems and program products which are of use in building programming interface for applications, in combination with indexed digital math-assets.
In their previous patents also they have won the patent for wide variety of cryptocurrencies, beginning with dominating coins such as BTC or monero to unknown and fledging currencies such as BBQCoin. The patent is co-held by other inventors at Winklevoss LLP such as Tyler Howard, Kathleen Hill, Gregory Elias and Xethalis, as well as Evan Louis.
The number of patents in cryptocurrency the Twins Company’s hold has now grown to seven, which is very promising for a nascent non-commodity financial trading instrument. In their previous attempts with patents, the experience has been different for Winklevosses’.
The SEC or the United States Security Exchange Commission had denied the March 2017 application for a bitcoin-based ETF. The regulatory organisation had denied the patent for the following reason: “the rules of a national securities exchange be designed to prevent fraudulent and manipulative acts and practices and to protect investors and the public interest.”
The patents vary but are for ETPs. In particular patent number 9965804 relates to the generation of shares which is developed on digital math-based assets. These can be created by one or more than one computer by using the share price information as the base.
If the quantities for the assets are held by a trust, technologies related to receive requests from valid user device. Electronic transmission of quantities to another digital asset account for receipt of assets from authorized participants. Other information with respect to quantity, electronically issued shares apart from authorized participants.

However, by December of 2017, the companies backed by Winklevoss Twins had won its first patent. In the following months, the number of patents, in specific domain of ETP has reached seven. Winklevoss Twins had previously sold their pioneering bitcoin to part-fund their Crypto exchange called Gemini.

Billionaire Winklevoss Twins On Bitcoin: “We’re HODLers Until At Least $500,000”

Why The Winklevoss Twins Are Doubling Down On Their $500,000 Bitcoin Price Prediction