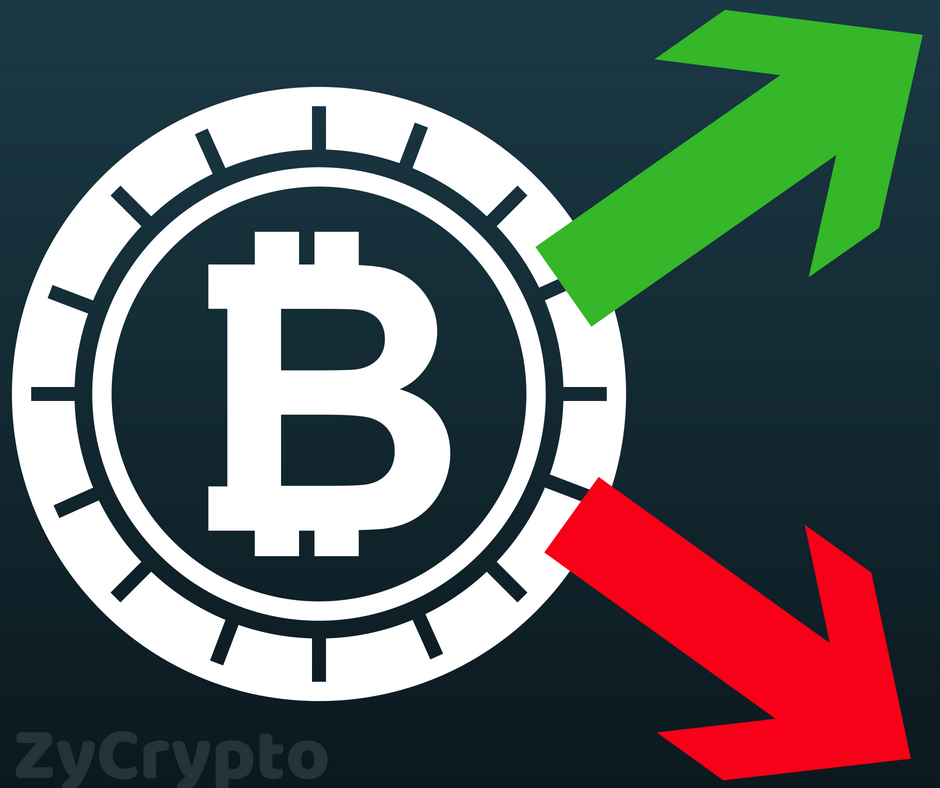 Indeed, given the recent headlines regarding the ever-unpredictable Bitcoin and its pricing, an increasing number of people are asking the question “Why is the Price of Bitcoin going down?”
Unfortunately, when it comes to cryptocurrencies, answering questions like this is not quite as straightforward as one could expect.
The main reason why Bitcoin sustains monumental surges and drops in value is that it is an inherently volatile trading asset.
So to truly uncover the mystery of how the latest drop in Bitcoin came about, we must first examine why this cryptocurrency is so volatile in the first place.

Why Is Bitcoin So Volatile At All?

Flashback to 2017 when the price of Bitcoin surged up from $1000 and almost kissed $20,000 and by the end of the same year, dropped back down to $13,000. These shifts in price have since become a daily occurrence for Bitcoin as well as other prominent cryptocurrencies like Ether and Ripple.
It is indeed a tricky time for crypto traders, particularly novices. One way to look at it is that Bitcoin is still a fairly recent arrival in the online trading scene.
Of course, in the context of cryptocurrencies, Bitcoin is the grand old man that spawned the rest of its species but actually, it has not even been a decade since its launch.
Without a substantial history to look back on, it can be difficult to make reliable assumptions about its value. And much of it has been consolidated by a small percentage of people, so any input from one of them could make significant changes to the prevailing price of Bitcoin.
Plus, it is not just a minority population of wealthy crypto traders, it is entire governments that can have a significant impact on the price of Bitcoin. Depending on whether a government encourages its financial institutions to trade with Bitcoin or bans it altogether, the price of Bitcoin will reflect the full scale of those actions.

Bitcoin Is Unlike Anything before It

Originally, Bitcoin was thought to be a frictionless derivative of currency that could be sent to anyone anywhere. However, one thing no one at the time could have predicted was how lucrative this digital currency was to become.
On top of that, every transaction was dependent on a great deal of computing power. Not surprisingly, it does not really work well as fiat currencies do. And that leads to a lot of uncertainty regarding its purpose, which in turn can trigger dramatic shifts in its price.

Why Has The Price Of Bitcoin Gone Down?

Bitcoin as well as its main rivals, Ethereum and Ripple, have not had an auspicious start to the New Year.
One of the supposed suspects behind Bitcoin’s latest fall is the rumors claiming that the Tether cryptocurrency has been increasing its value artificially.
Tether has been the subject of criticism, particularly from finance bloggers, who claim that it was literally brought out of nowhere to help raise the value of Bitcoin.
Another possible cause is the string of hacks and threats from multiple governments to impose heavy regulations on cryptocurrencies.
It was recently discovered that hackers, with the use of the advertising services on YouTube, have targeted users to mine cryptocurrencies.
The situation was made even bleaker when $530 million worth of NEM tokens was stolen from Coincheck. It was one of the worst cyberheists in history. Coincheck was quick to assert that it would be returning approximately 90% through internal funds. However, how or when it will do this is still unclear.
Some say it’s because of price manipulation of the big guys.
As a result of this and numerous other uncertainties, a large number of cryptocurrency traders have sold off their virtual funds which will only prolong the fall of prices for Bitcoin, Ethereum, and other cryptocurrencies.

So there we are, in the space of a few months or so, we have seen Bitcoin fall from one of its highest points to this low point we are at at the moment.
Don’t worry if you are still holding cryptocurrency. Most people think that the dip is over and a bull market will soon happen.