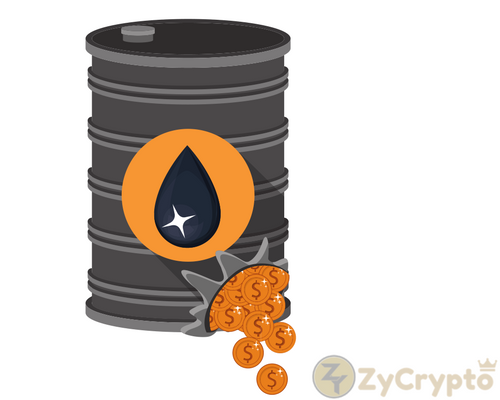 1) The Petro is not a recent idea: It was created in 2009 by President Chavez

During a televised interview offered to international media on March 3, 2009, the President of the Bolivarian Republic of Venezuela at the time, Hugo Chavez, proposed the creation of an currency between oil countries, which supported by the international oil reserves as a real asset beyond the confidence that supports FIAT currencies, thus ending the hegemony of the dollar as the main international currency.

Although such a currency remained a proposal of which little was spoken after that moment, the name and the concepts served as inspiration for the creation of a cryptocurrency of similar characteristics by the government of Nicolas Maduro at the end of the year 2017.

2) It is considered a cryptoasset although it can function as cryptocurrency.

Although the government uses both concepts  indifferently, the cryptocurrency( from the economic point of view) serves as a mechanism to exchange value between two parties. A reference that allows the trading of goods using said instrument as a measure of value.

3) It is the first cryptocurrency with real support by a government. It is backed by the number 1 block of the Ayacucho Block of the Orinoco Heavy Crude Belt, which has at least 5,000 million barrels certified by OPEC, of ​​which 100 million support Petro

This decision has generated controversies and debates. While some experts describe the idea as novel, others qualify it as a traditional currency for having support. Others criticize precisely this support calling it a simple debt issuance. The important thing is that the official events announced on December 27, 2017 indicate the issuance backed in order to generate greater economic confidence and stimulate investment in a country with a delicate situation.

According to calculations based on official figures, the value of a barrel of oil is close to $ 57 per barrel. The emission of 100 million petros could represent a marketcap of 5700 million dollars for the country (Bs 1,140,000,000,000,000 according to the value of the illegal but more common market, established as an indicator by the DolarToday website).

5) However, the subsequent emissions will be mined, having already a national registry of miners.

This allows us to conclude that the Petro is a cryptoactive with an indeterminate number of coins in circulation (yet) and with a pre-emission of 100 million tokens (or coins) which will only be put into circulation once they are “bought”.

In an interview for the program “Boza con Valdez”, the Director of the Institution responsible for the emission of Petro, Carlos Vargas claimed that subsequent emissions would be mined and based on the codes of Ethereum and Decred.

6) Nor will it be buyable in Venezuelan Bolivars (the official currency of Venezuela) but in foreign currency (EUR, USD, JPY, etc)

This was claimed by Mr Carlos Vargas, mentioning that with such actions they were looking to give power and credibility to the new  currency.

This decision has been criticized by sectors of the Venezuelan population that had expectations of acquiring Petros in their local currency. The common opinion in social networks is that it could further strengthen the illegal dollar market as an incentive to acquire Petros.

This would cause the initial auction to be around $ 57 per Petro, which may be higher than that value because it is a Future Contract. Even though it has not been established in this way by a WhitePaper (not yet released), there are official publications that confirm it.

8) The US government has sanctioned Venezuelan government officials and warned investors of possible penalties for buying Petros (not specifying which of those penalties could be), even though it is “theoretically” impossible to identify the owner of a wallet

A spokesman for the US Treasury Department told Reuters that the agency warned US investors about the use of Petros, claiming that they could consider granting loans to the Venezuelan government. In spite of this, the characteristic anonymity of cryptocurrencies is not alien to Petro being derived from Ethereum. If the Venezuelan government seeks to generate credibility, it must guarantee such privacy.

9) However, similar initiatives have emerged without generating sanctions or investigations by any government

As an example, OilCoin, PetroDollar, OdmCoin, Bilur and others have had similar ideas without any major consequence or advise by any Government.

Giving everyone the lesson that market does not see differences between left and right wings when it comes to making money, a cryptocurrency known as PetroDollar (XPD) increased its value by more than 3000%, going from 37 satoshis to 1226 satoshis when the news about the announce of releasing the Petro by Nicolas Maduro. Then it fell back to its normal levels when it became known that the investments were based on confusion
And you … Are you thinking of buying Petros?