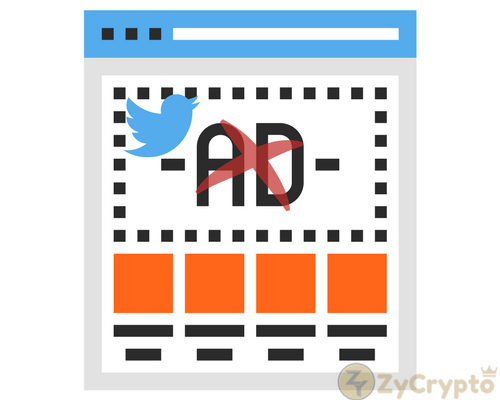 According to an unofficial report published by the Sky News portal, Twitter could be carrying out the necessary procedures to change its policies regarding advertising, banning virtually all content related to cryptocurrencies, ICOS, and related activities.
As stated by the portal, which did not disclose who was the source, the famous microblogging portal plans the measure to be effective two weeks. It is not yet known whether it will affect accounts that previously had contracts and were active before the proposal.
According to the information, the main reason for this change of policy could be the company’s concern about illegal activities that could jeopardize the financial security of its users by investing in products of dubious veracity.
Twitter may also ban some exchanges at its discretion, should it consider that they violate its terms and services.
Previously other social networks and search engines took similar measures:
A few days ago, it was published that in Russia the famous Yandex portal was blocking the advertising of cryptos, ICOs and mining. Yandex has refused to make comments directly related to this situation, but research has shown that they were at least able to do so since the fall of 2017.
Likewise, Facebook also announced that it would take actions against the advertising of activities related to cryptocurrencies since they could allow deceptive advertising operations.

“We’ve created a new policy that prohibits ads that promote financial products and services that are frequently associated with misleading or deceptive promotional practices, such as binary options, initial coin offerings, and cryptocurrency.”

Another company that has also taken action against cryptocurrency, trading, exchange and ICOs ads is Google. The company published that by June of this year they would make a change in their policies with a line of thought very similar to that of rest of social networks:

“In June 2018, Google will update the Financial services policy to restrict the advertisement of Contracts for Difference, rolling forex spot, and financial spread betting. Also, ads for the following will not longer be allowed to serve:

Such measures brought negative consequences for the ecosystem, ranging from a decrease in the adoption rate, according to research studies in a reduction in the prices of cryptocurrencies as a result of the wrong impression they generate among investors.
So far Twitter has not issued any comments, so the rumor cannot be confirmed. However, it is very likely to be true given the precedents observed.