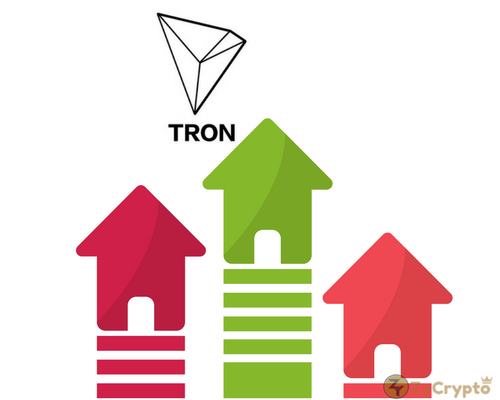 Tron (TRX) first gained existence in this world in September of 2017. The cryptocurrency was created by Justin Sun, one of China most popular entrepreneurs and the CEO of Tron Corporation, the organization behind Tron. Tron’s ICO was one of the biggest in Binance and the blockchain technology behind Tron is open-source and peer to peer.
In recent trading sessions, Tron has seen a lower rate of drop compared to its peer cryptocurrencies, which have seen a larger rate of drop due to the recent scare regarding cryptocurrencies.
There were two main reasons for this scare, firstly, due to false news reports which claimed that the Indian government would be banning cryptocurrencies, and secondly the fact that Facebook had banned advertisements promoting cryptocurrencies and ICOs from their website. While the former was later known to be fake news as the Indian government had issued no new notification on cryptocurrencies.
Currently Tron is the 15th largest cryptocurrency in terms of market capitalization with its total value pegged to be over $2 billion.
A lot of factors come in play while investing in digital currencies such as Tron. Here are some reasons why one should think of investing in Tron. Firstly Tron, like Bitcoin is completely decentralized with no single point of control. Tron is also easy to purchase and it records one of the largest trading volumes in a 24 hour period. The company is also backed by a known personality and has a highly professional team behind it.
Tron is one of the most attractive altcoins to invest into, particularly at this time. The month of January saw the price of Tron increasing over 550% even though January was a tough month overall for all cryptocurrencies. Overall, Tron has a long way to go, and it would be great to invest in it for now as it has the potential to offer mind-blowing returns in the coming time period.
Get Daily Instant News On Telegram