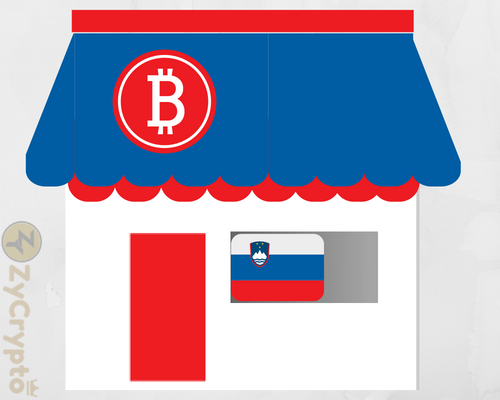 Cryptocurrencies and the blockchain technology are no doubt changing the world. While some have refused to accept cryptos as a medium of exchange, many businesses out there are rapidly embracing the magic of virtual currencies.
Slovenia’s largest commercial shopping complex is reportedly implementing strategies to become a “Genuine Bitcoin City” in the country.
The 475,000 square meters complex, which has already been dubbed as “Bitcoin city” is filled with 500 retail stores and will soon start using bitcoin for transactions.
To achieve this goal, Eligma, a Fintech startup, created a crypto point-of-sale system called “Elipay.”
Elipay has been scheduled for testing in mid-June this year at the BTC City shopping complex. However, some of the retailers, including Atlantis water park, Al Capone, Babadu, Bijoux modni dodatki, Big Bang, istyle, Vodno mesto San Martino, Sneakers, Minicity, and Kibuba have displayed that they can’t wait for the scheduled date. Hence, they have started using the point-of-sale system for transactions.
On May 25, the Prime Minister of Slovenia, Dr. Miro Cerar visited the BTC City to open an international conference on the digitization of society and the blockchain technology.
“The purpose of his visit was to open the Beyond 4.0 international conference, dedicated to digital society and blockchain, as well as to get acquainted with BTC City’s strategy to become Bitcoin City,” Eligma elaborated.
During a morning session at the conference, the Prime Minister visited a restaurant ‘Restavracija City’ where he received a cup of coffee that was bought using the Elipay crypto payment system. Tadej Slapnik, Slovenian State Secretary, made the payment in cryptocurrency.
BTC company, founded in 1954, aims to transform BTC City into a “Genuine Bitcoin City.”
“The first of its kind in the world to provide its visitors, consumers and business partners with an ecosystem that will develop and integrate advanced technologies based on state-of-the-art approaches (blockchain, AI, VR [Virtual reality], AR [Augmented reality], ML [Machine Learning] and the world of cryptocurrencies),” the company explained.
BTC company initially a warehouse and logistics enterprise, with many warehouses in Ljubljana. In 1990, it was redesigned into a commercial business shopping complex and adopted the title “BTC City.”
Since that time, the company has added many commercial ventures including, a sports complex, a casino, a hotel, etc.