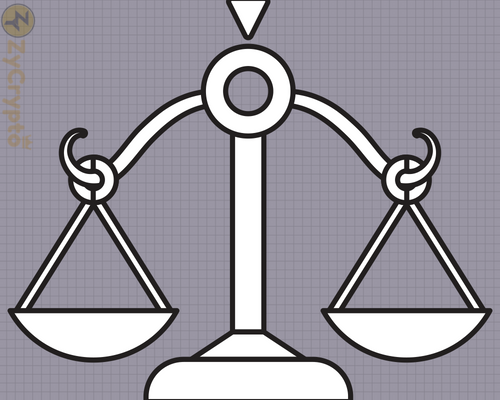 A recent ruling by the South Korean Supreme Court in a case regarding cryptocurrencies may be the answer long sought after by numerous judicial systems in countries all over the world. The case touched on the cryptocurrencies seized from a pornographer arrested in May 2017 and accused of breaking the Protection of Children and Juveniles From Sexual Abuse Law.
The man, only identified as Ahn, faces charges dating back to 2013 over the distribution of 235,000 inappropriate pictures online. Ahn made 1.9 billion won from his illegal activities. When he was arrested, 216 Bitcoin was seized, and the prosecution argues that the cryptoccurencies, stored in a digital wallet, were assets earned from Ahn’s illegal activities.
The Supreme Court meted out the judgment after an appeal by the prosecutor, following an initial ruling by a lower court that had held that cryptocurrencies only exist electronically and therefore their physical form or value couldn’t be ascertained. Ruling in favor of the prosecutor, the Supreme Court cited that the cryptocurrencies or cyber assets were proof of profit earned from trade.

Explaining further, the court said that the ruling will be a precedent in justifying the confiscation of cyber assets earned from banned activities like pornography, gambling, drug deals, and prostitution.
In a sense, this ruling sets a clear precedent that could be the answer to legal hurdles faced by government agencies across the world in regard to dealing with such cases involving cyber assets.
As is a fact, having cryptocurrencies in a digital wallet is equal to possessing wealth, and therefore it goes without saying that this currency has an economic value. In fact, even strippers in Las Vegas are taking tips in cryptocurrencies via QR codes tattooed on their bodies.
The cryptocurrencies seized from Ahn are now in the Government’s possession, and this ruling is expected to set a positive precedent that will motivate government agencies in hunting down criminals with a better assurance of their successful prosecution and access to their hidden monies.
In addition, the ruling may also work as a possible answer to the question that various government agencies have been struggling with, including the US Securities Exchange Commission, the Korean Supervisory Services, and UK’s own Financial Conduct Authority – as well as numerous other regulatory agencies across the globe.
The main bone of contention has been the exact definition of cryptocurrencies in regard to their value in economic terms. After this ruling, that question may well have been answered.