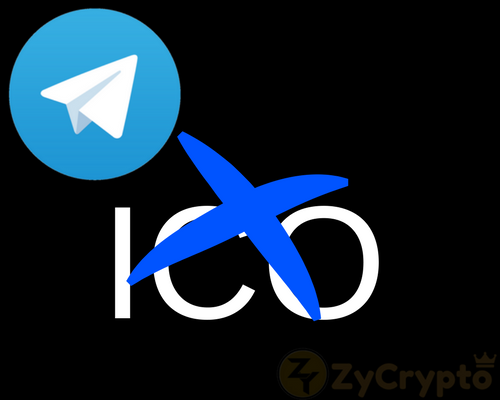 Telegram, a secure messaging platform, cancels the plan for public ICO after raising a lot of money at pre-sale amidst harsh regulatory conditions by SEC, CFTC, and other regulatory authorities.
The plan for the multi-billion dollar project, TON (Telegram Open Network) was announced at the beginning of the year, and it was well received by all.
Until now, Telegram has held ICOs twice for private investors and has raised up to $1.7 billion in total from about 190 people. The project raised $850 million, donated by 81 investors in February 2018 and yet another $850 million in March 2018 from 94 investors as well.
Though it’s perceived that Telegram had gotten all it needed to build it’s proposed project of decentralised messaging service and a payment processing system that’s said to compete with Mastercard and Visa.
But as reported by The Wall Street Journal by someone whose name was withheld, that the plan to discontinue the staging of an ICO for the public as earlier proposed was due to extreme regulations posed by the Commodity Futures Trading Commission (CFTC), the Securities and Exchange Commission (SEC), and a whole lot of other authorities regarding Cryptocurrencies and related activities.
Sometime in February, Jay Clayton, who is the SEC Chairman, before the Congress spoke harshly against project teams who had failed to register their ICOs with the commission.
Referring to those them as ICOs who are being conducted illegally and that their promoters and community members have on all sides failed to follow security laws. Following the speech, it was reported that SEC had summoned a lot of cryptocurrency establishments and also technology companies who had launched their ICOs to court.
Up until now, it’s has not been said that the project would be stopped. Telegram has more than enough already raised and most project would not require half of what has been already raised to launch a reliable platform.
Telegram aims to launch its own blockchain platform with its native cryptocurrency which will power payments on the chat application. As analysed by many blockchain analysts and developers, this project, Telegram Open Network (TON) is said to be a third generation blockchain project with super features.
With Telegram paving the way for mobile messaging industry, we should see in coming years more platforms moving from their centralised servers to implementing an open ledger that encourages anonymity and transparency.