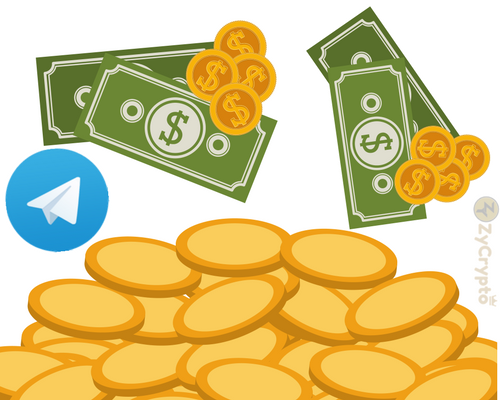 Pavel Durov continues to make history in the business world. Not only did he adapt Facebook to the tastes of Russian culture by creating Vkontakte, a social network that would become the most important in Eurasia, but he did the same with Whatsapp, improving some aspects and creating Telegram, a messaging application that is now his primary competition.
Pavel Durov currently wants to make a name for himself in the world of crypto money, and for this reason, he is promoting TON: the Telegram Open Network. A network that promises to connect all Telegram users through an innovative payment processing architecture that would be automatically scalable, hundreds of times faster than Bitcoin and with quite futuristic development features at a glance.
His objective is nothing less than to become the world’s most widely used crypto, an incredibly ambitious goal that requires powerful financial support that seems to be materializing in the large sums of money that his ICO is raising.
According to a Form-D that was disclosed by the SEC, news of the first round of $850 million is not only confirmed, but the already successful amount equals the amount raised on a second private round.

“This $850,000,000,000 offering is in addition to the previous offering and was made under a claim of federal exemption under Rule 506(c) and/or Regulation S under the Securities Act of 1933. The issuers may pursue one or more subsequent offerings.”

This means that so far, according to SEC data, TON has raised at least 1.7 Billion USD. from 94 investors who were willing to contribute a minimum amount of 1 million dollars.
With this amount, they already exceed the sum of 1.2 million that they had as a goal, and that was cataloged by many as an astronomical target, mainly due to the flaws in the project that did not explain in detail how they planned to fulfill what the announcement of their blockchain promised.
According to the Business Insider, the significant fundraising could have increased the expectations of the Durov brothers even further, who might want to make even more money by beating the $2.55 billion once the crowdsale begins.
TON is currently the most successful ICO in the history of cryptocurrency with a fundraising rate way more substantial than any other project in the same category.