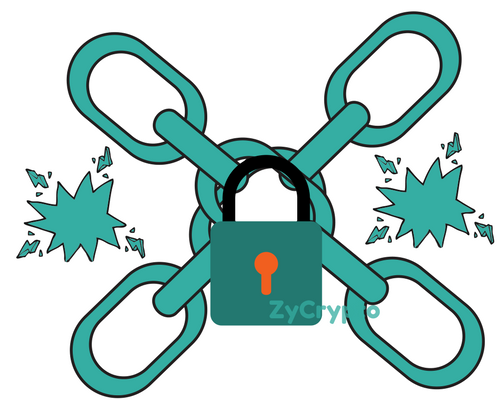 The world today experiences censorship in some form or the other. Information is suppressed, repressed and even twisted to fit a certain narrative, both by governmental and non-governmental agencies and organizations.
Truth is buried and disinformation is released over the masses, which affect the very foundation of critical thinking and free speech. The modern internet, although christened to be free, has become a playground for censorship and propaganda, with information being twisted and turned with every tick of the clock.
To counter censorship and to allow for free flow of information, the blockchain, which is a decentralized web of computers and servers storing their own data and information and which cannot be controlled by any single entity or organization.
The blockchain was first created to separate people currency from censorship by governments and banks. It presented a way to transparently carry out transactions without any overheads or any opacity in form of terms and conditions.
It also protects the transactions and prevents tampering to it by entities with vested interests. The censorship resistance offered by the blockchain also allows everyone irrespective of their nationality or economic status to trade and transact on the same set of rules, which is quite unlike the traditional financial system, which has experienced several instances where rules have been bent and circumvented for powerful people.
The blockchain also provides a high degree of anonymity, which protects users from retribution. The community nature of blockchain also allows to impose a set of commonly accepted general rules to prevent disorganization while ensuring common law and order prevails and the system is not overrun by hackers and people with malicious intent.
The blockchain has the concept of modularity and evolution embedded in it, which allows it to be censorship resistant as it can easily evolve to break free of the circumvention methods applied to it by governments and non-governmental organizations alike.
The blockchain also allows for other applications and interfaces to run over it, which leads them to be resistant against circumvention too. For example, communications performed over the blockchain could be an effective tool against governmental censorship and can allow in the free flow of information from people to people without it getting altered or silenced.
The blockchain is also the last resort for a free, unbiased, fair and open internet, which is free from control of large, billion dollar organizations which are based from a single country.
Blockchain has no master, so no information can be coerced out of it by the unnamed three letter agencies, unlike these billion dollar companies, who give away the information at the receipt of a warrant.
The blockchain would never harvest the data of their users, which cannot be said about these conglomerates, who harvest and sell the data to third parties in the name of content personalization.
These big companies hold exclusive power on what people see, watch and hear over the internet, which is detrimental to the concept of free speech and they have been accused of indulging in censorship practices in the past.
Last but not the least, the blockchain, if subjected to a wide variety of attacks, can also be forked from itself to create a more secured yet censorship free version in order to protect its users and its data.
This technology of the future is the best thing the internet needs right now in order to protect itself from the trap of propaganda and lies, and would allow people to take back control, which is rightfully theirs and do not belong to governments or large organizations who benefit from them.