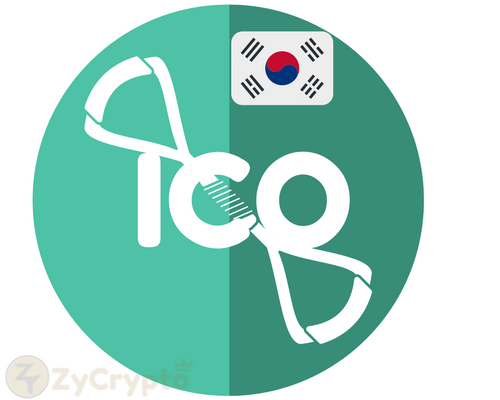 The first real challenge against South Korea’s decision to ban ICOs for crypto start-ups has been initiated, and it seems it would not take so long for a new bill announcing the legal adoption of ICOs to be passed.
According to Korea Times, a group of ten lawmakers led by Rep. Hong Eui-rak of the country’s ruling Democratic Party is championing the course to re-legalize ICOs.
In an ICO and Blockchain technology forum held at the National Assembly, Hong remarked that the new bill is “aimed at legalizing ICOs under the government’s supervision” and was written according to a study conducted by his office in close alliance with the Korea International Trade Association (KITA).
However, not all ICOs will be legalized as it would compound the uncertainties facing blockchain businesses in the Asian country.

‘’The bill does not seek [to legalize] unlimited ICOs, but ones initiated by public organizations and research centers committed to promoting and developing blockchain technology.’’ Mr. Hong said

Upon approval, compliant ICOs will be allowed to operate in the country under the close watch of the Financial Services Commission (FSC) and the Ministry of Science and ICT.
Looking back, the ban has no doubt stunted the growth of blockchain technology and cryptocurrencies in South Korea, under the disguise of wanting control over the crypto market and the tokens created by companies that wanted to raise funds.

A New Dawn for South Korea

There is new hope, though, with Mr. Hong correctly asserting,

“This is the first parliamentary challenge to the government’s ban on domestic initial coin offerings imposed late last year to cool speculative investment in digital currencies such as bitcoin.”

Another member of the national assembly, Chung Sye-kyun supporting the new bill acknowledged,

“Blockchain and cryptos can be used in various public sectors for good causes. Given their potential, we need to work to help reduce political uncertainties they face.”

With the group aiming to pass the bill this year, domestic corporations who comply with the requirements for new ICOs can once again raise capital without moving to the overseas country like China, Singapore, and Switzerland which have been favorable sites for startups.