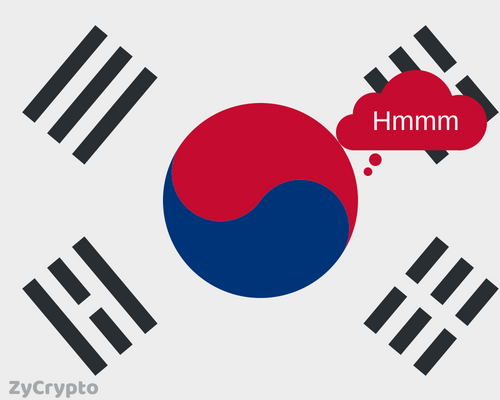 Insurance companies in South Korea are not very forthcoming in providing insurance for crypto exchanges in the country.
Despite being the nation with the most prolific cryptocurrency users, exchanges and thriving digital assets business, insurance companies in South Korea are wary of providing coverage for Crypto Exchanges.
Many of these players have been covering many of the services, products and other risk-prone crypto instruments thus far. However, the spate of crypto crimes happening in exchanges in the past few weeks appears to have pushed the insurance companies on the back foot.

The main drawback for these high-risk covering insurance companies has been the continued lack of comprehensive security measures in these exchanges.
Industry statistics in the past one month show the propensity of scams and hacks happening not only in South Korea but across the globe as well. The stolen currencies in 2018 thus far are estimated to be $1,659,580,000, according to cybercrime analysts.
The largest of such heists have been $530 million Japanese tokens from Coincheck Exchange. In South Korea, on June 10th Coinrail reported $40 million and on Bithumb a DDoS attack stole $32 million from that exchange’s wallets despite claims of the exchange storing it in cold wallets.

According to South Korean Blockchain Association, insurers are suggesting that that the exchanges have to build a stronger control system and ensure security. The spate of large cryptocurrency exchange robberies in recent weeks is apparently the reason for these proactive insurers to restrain their coverage to non-exchange transactions.
The insurers say that, “There are no statistics related to the risks of virtual currencies both at home and abroad and it is still not sure whether an insurer can accept exchanges as its policyholders as a group, which are smaller and riskier than Bithumb.”
The sparse numbers of exchanges which have got insurance coverage have low liability limits, ranging from $2.5 million to a few $5.2 million. These ranges are thereby very limited in their numbers as these liabilities do not cover these attacks.
In this condition of flux, large exchanges have explored other avenues and opportunities to overcome such risks. They have begun to create a separate emergency fund, for their exchange activities and these will be used to payout affected consumers, in cases of crypto-fraud or robberies. Bithumb has also announced that it will reimburse the funds, to the tune of $450 million, stolen from its hot wallets to investors from its independently held funds.

However, insurers in South Korea are not prepared to risk the intensity and the volume of such robberies. The insurers have been more prolific in comparison to their counterparts in other parts of the world and explored coverage at a few exchanges. But, sudden increase in the number of crimes has played spoil sport on the insurers activities.
The infancy stage in which cryptocurrency market is in currently, does not offer much data and input for insurance companies in developing products for this market, especially exchanges. The greatest hurdle for the insurers is the lack of trust in these exchanges; especially in the backdrop of the large number of robberies in the exchanges itself.