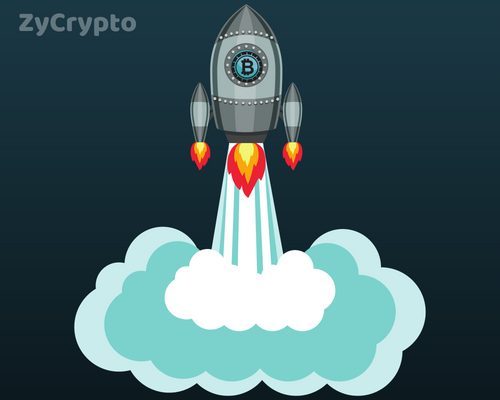 Bitcoin prices are expected to see phenomenal increase with a slew of Cryptocurrency ETFs making their debut. The latest announced ETF by IronWood is valued at $35,000 and be contributor to the overall up-drive in prices of bitcoin and its siblings.
Besides, a mid-term rally is expected close on the heels of the ETF-driven boom, given the high number of institutional investors making a beeline for the cloud-made currencies.

Analysts and cryptocurrency investment companies, such as BlockTower Capital predict the remaining half of 2018 to be a golden growth period for the virtual currencies. Ari Paul from Block Tower Capital says that, “Institutional money started trickling into cryptocurrency in mid 2017.” However, it has not been as swift and consistent as originally anticipated “but slower than many expected,” he said.
The mind block preventing institutional investors from investing strongly in decentralised currencies has been that of Custody. He predicts that as investors begin to see the steady and reliable custody solutions offered by the likes of Coinbase, the money will begin to flow towards BTC and alternate coins. He concludes that, “There are a lot of pieces that need to come together, one big piece being third party custody… custody solutions have to gain trustworthiness.”
Paul predicts that, “We’ll have solid third party custody by September of this year,” and expects to see price rally, concurring with analysts at Ironwood.
Bitcoin Bearishness since December highs of $20,000 remains the high price for the coin. Analysts confirm that BTC is in its accumulation period and expects companies to offer new and latest solutions, which may result in new rally.

Analysts at IronWood predict that likely entry of an SEC approved bitcoin ETF will ensure BTC prices spiral upwards.  CEO of IronWood, Michael Strutton explains that, SEC-approved Crypto ETF would see a lot of 401K and IRA investors entering virtual currency investment domain.
The analysts now predict that BTC prices, when ETFs arrive, will be anywhere between $26,000 and $44,000.  The company predicts a market cap of $336 billion in comparison to the present fluctuations between $326 to $110 billion; hence the additional ETF-based investors from the United States and global investors would together add handsomely to the market cup, ending below $44,000 but not lesser than $26,000.
The trend for ETFs in the blockchain technology sector began a few months ago. The first company to offer virtual currency ETFs was Reality Shares Advisors and Amplify Trust ETF, back in January 2018.  The two ETFs are called BLCN and BLOK and were launched on Nasdaq as well as the New York Stock Exchange, Arca.
Another launch was by BKCM LLC, an investment firm which is building large portfolios in blockchain technologies and cryptocurrency. The company is partnered by Rex Shares in issuing these ETFs.
Investors are watching in anticipation, as more products make their way into cryptocurrency trading. ETFs are only the starting point, especially if regulatory bodies such as SEC, in the US are able to approve these instruments for common investment.