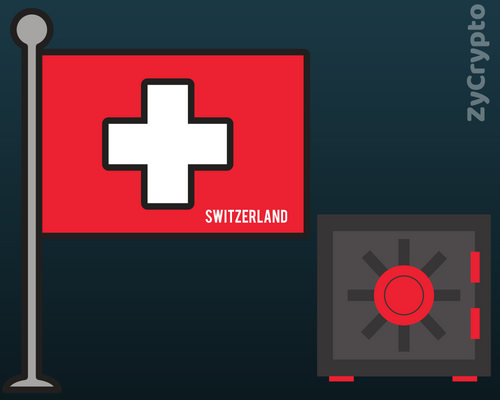 Setting the latest trend in Cryptocurrency is Crypto Vault, a Switzerland based start up. The company offers to store virtual currencies in its safe storage vaults for the biggies in the crypto-world – “wealthy individuals and institutional investors.”
Such a permanent and long term solution, called ‘cold storage’ in crypto parlance, is expected to overcome the biggest and principal risk in digital currencies that of robberies heist and other forms of crime.Much like the Swiss banks of the post-Second World War, these new age crypto -“bank vaults” are most likely to arrive on the picturesque Swiss landscape soon.
Crypto Vault, is yet another brain child of crypto serial entrepreneur Niklas Nikolajsen and the founder of Bitcoin Suisse. He will work with Phillip Vonmoss to capture the crypto wealth from investors and hold them in custody, in the cold storage called Crypto Vault.
Swiss Crypto Vaults in ex-military bunkers
The crypto-bank hopes to procure such assets for safe-keeping by using encryption, multi-signature authorization and ‘military-grade’ bunkers for top safety.
Bitcoin Suisse is able to offer such secure sites for storage because it has physical ownership of the world’s extreme security bunkers ever made during the Cold War, in the Swiss Alps.
According to Vonmoos, Crypto Vault becomes “The next level for the crypto community, “where “additional institutions to enter the space.” However, the role of these institutions will be significant only if, “there is a super secure way of storing the assets or the private key,” he said.

There is dearth of knowledge and capability for large institutional investors as well as wealthy investors to store and maintain these virtual currencies. Hence, Crypto Vault services, which are offered for a small fees will be able to bridge the existing gaps in crypto currency security.
According to founder, Nikolajsen, “It’s not millions anymore we’ve been moving to the bunker — it’s the next level.”  The start up has actually moved all the assets of its parent company Bitcoin Suisse to Crypto Vault.
The company will store all types of cryptocurrency such as Ethereum as well as Bitcoin.
The industry has been watchful of the latest robberies at key exchanges across the globe, and this unique solution to hold cryptocurrency in cold storage definitely offers much needed relief. However, analysts and user community defer on the claims of cold wallets over hot wallets.
The example of Bithumb’s hacking of over $30 million was from hot wallets, claim many privy to the incident. Typically exchanges need to hold such currencies on hand, as they will need it for the day’s transactions. Hence hot wallets are vulnerable and the result is that they are easy prey to the most sophisticated hackers in the world.
On the other hand, cold wallets appear to be better positioned as preventive methods to hold virtual currencies. As the name indicates, the environment around these cold wallet solutions is typically offline. After the initial stages of generating the coins online, these coins are then moved away into non-accessible environments, thus removing all chances of online intrusion.