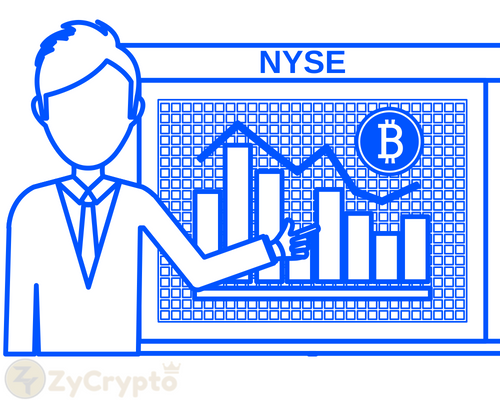 While some are busy saying all sorts of crazy things about bitcoin and other cryptocurrencies, some others are thinking of the best ways to make the most out of the highly liquid digital asset class.
Now, the parent company of the NYSE is looking to launch a cryptocurrency exchange that would cater to the needs of large investors.
According to the New York Times, Intercontinental Exchange (ICE), the parent company of NYSE is putting preparations in top gear to offer high profile traders buy and sell bitcoin without hassles.
Earlier in the week, specifically on May 3, 2018, reports surfaced that Goldman Sachs is venturing into the nascent world of cryptos. At the time, officials of the financial institution confirmed that it was launching its bitcoin trading desk in a bid to satisfy the yearnings of its investors and clients.
In the latest development, the New York Times has revealed that quite many emails and documents show that ICE has been working towards the creation of an online bitcoin trading platform. NYT has hinted that:

“The parent company of the New York Stock Exchange has been working on an online trading platform that would allow large investors to buy and hold Bitcoin, according to emails and documents viewed by The New York Times and four people briefed on the effort who asked to remain anonymous because the plans were still confidential.”

This news is quite an exciting development for the entire cryptocurrency industry as it goes a long way to show that the world of blockchain-based digital currency is gradually getting to full maturity.
At a time when bitcoin critics such as the Berkshire Hathaway’s vice chairman Charlie Munger have said bitcoin trading is worse than selling freshly harvested baby brains, the entry of highly reputable institutional investors like ICE, Nasdaq and others will massively boost the bitcoin industry and add more credibility to it.
While critics will continue to do what to they know how to do best, the fact remains that demand for bitcoin and other cryptocurrencies is steadily on the increase. Just recently, the founder and CEO of LedgerX, Paul Chou told New York Times that:

“The industry is seeing unprecedented institutional interest for the first time in Bitcoin’s history. I’ve been amazed that the strongest believers in cryptocurrency often start out the most skeptical. It’s a healthy skepticism. But at some point the perception shifts, and for many institutions – I think we’re finally there.”

He has said it all. Whether these critics will repent of their sins someday remain to be seen.