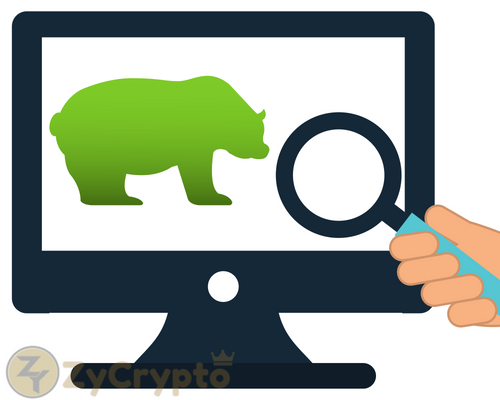 “And until December 17, those investors were right: As with a self-fulfilling prophecy, optimists’ demand pushed the price of bitcoin up, energizing more people to join in and keep pushing up the price.
The pessimists, however, had no mechanism available to put money behind their belief that the bitcoin price would collapse. So they were left to wait for their ‘I told you so’ moment.”

The Chicago Mercantile Exchange (CME) introduced Bitcoin futures on December 17 which coincided with Bitcoin’s high of $19,783. The Chicago Board Options Exchange (CBOE) also had introduced a futures market a week earlier and the two both operated before the crash of Bitcoin price.
A big part of the research was in comparing the Bitcoin peak with the mortgage backed securities peak which also reacted in a similar fashion. The FRBSF theorised that the rise and fall of price was a result of optimistic and pessimistic trading strategies impacting the market.
The Bitcoin market was largely dominated by optimistic traders at the end of 2017 with many traders feeling hopeful with buying BTC in the hope of making a profit. The start of futures markets however let in a new breed of trader that aimed to profit on the declining price instead.
The push and pull between these two strategies was finally realised when the pessimists finally had their futures platform to short Bitcoin.
The FRBSF notes a similar thing happened in the early 2000s when securitization of bonds occurred in the market. It is of interest to note that futures markets appeared with the tulip mania of the 17th century and contributed to the bubble popping way back then.
On a more positive note the FRBSF also mentioned that they were hopeful about the Bitcoin market and predicted that it would become a more stable medium of exchange once its transactional benefits were finally realised. They believe that Bitcoin will increase its value if it also increases its function as a method of transaction. They state:

“While we understand some of the factors that play a role in determining the long-run price of Bitcoin, our understanding of the transactional benefits of Bitcoin is too imprecise to quantify this long-run price. But as speculative dynamics disappear from the Bitcoin market, the transactional benefits are likely to be the factor that will drive valuation.”

The report can be viewed here: