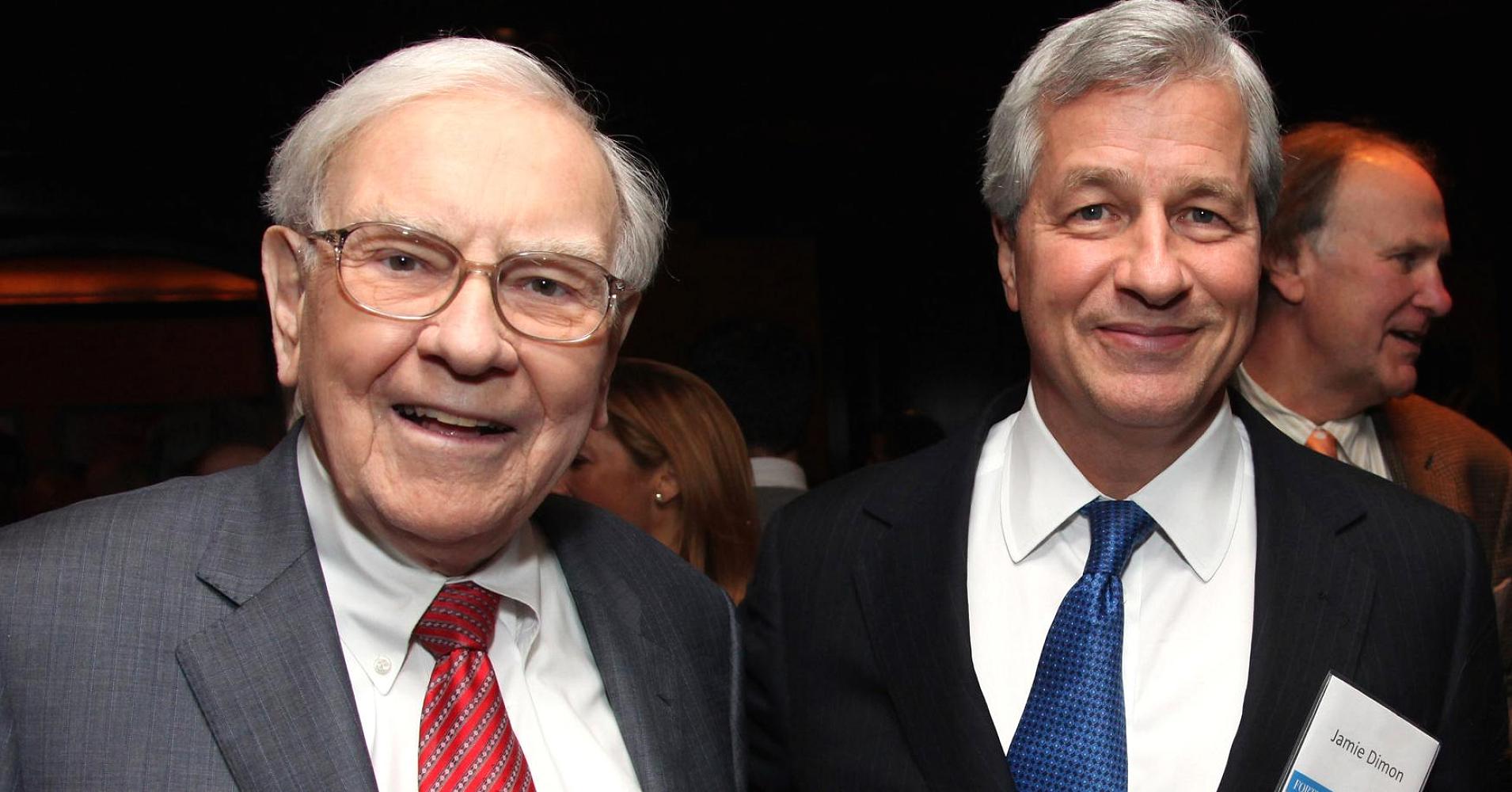 When Satoshi Nakamoto got the idea to create a decentralized payment system that would give power back to the people, I bet he never knew bitcoin would grow to become a threat to legacy financial institutions and even Wall Street biggest players such as Warren Buffet and Jamie Dimon.

According to reports, the Chief Executive officer of Berkshire Hathaway, Warren Buffet a.k.a the “Oracle of Omaha“, and the CEO of JPMorgan Chase, Jamie Dimon, wrote a joint editorial in the Wall Street Journal recently, where they bore their minds concerning how the issue of short-termism in the practice of disclosing quarterly income among public-owned firms is killing the economy.

Present at a jointly televised interview on CNBC, both bitcoin critics were reminded of their hatred for the flagship cryptocurrency and the harsh comments they had made concerning the world’s number one cryptocurrency.

“You both have said some pretty nasty things about bitcoin recently. Which one of you hates bitcoin more?” the CNBC host asked.

“I set a high standard. I don’t know whether Jamie can top me or not,” Buffet responded.
The Oracle of Omaha is arguably the most unrepentant bitcoin critic of all time, and he’s been making several harsh statements about cryptos even before the price of bitcoin hit the moon last year.

Back in November 2017, Buffet said that:

“You can’t value bitcoin because it’s not a value-producing asset…it’s a real bubble in that sort of thing. It doesn’t make sense. This thing is not regulated. It’s not under control. It’s not under the supervision [of] any…United States Federal Reserve or any other central bank. I don’t believe in this whole thing at all. I think it’s going to implode.”

In May 2018, the legendary investor continued displaying his lack of understanding of the world of cryptocurrencies by saying:

“If you buy something like bitcoin or some cryptocurrency, you don’t have anything that is producing anything. You’re just hoping the next guy pays more. And you feel you’ll find the next guy to pay more if he thinks he’s going to find someone that’s going to pay more.” Buffet said.

While Buffet is still talking tough against digital assets, the JPMorgan big shot who used to be bitcoin’s biggest hater appeared not to be in the mood for any bitcoin badmouthing. He said that:

I don’t want to be a bitcoin spokesman, you know. Just beware.

Dimon has since said he regrets ever calling bitcoin a “fraud” invested in by “stupid” people. At current, JPMorgan’s Fintech department is looking towards the direction of cryptos.