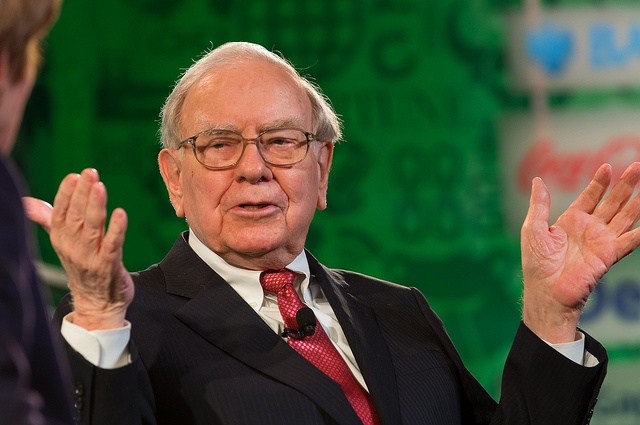 One of the biggest risks of being successful is arrogance. Based on your prior successful endeavors, you tend to become more and more opinionated and try bolder and bolder scenarios. One of the most successful persons in this world, Warren Buffet, made such a bold claim in 2014:

Since this statement, Bitcoin price rose seven times and it currently has more than $76 billions market cap. It is also true that Berkshire Hathaway, Buffet’s investment mammoth, has a market cap of $429.19 billion (source: Yahoo finance). What matters, though, in my opinion, is that, despite the blunt warning, Bitcoin kept rising. And it still rises.

My humble opinion is that Buffet overlooked some of the most fundamental benefits of the blockchain technology. That’s the risk of having 95% successful trades, you start to believe that everything you say or think is true. And, alas, unless you’re an awakened being, some sort of modern Buddha, you can’t be always right. You’re limited by your skills, knowledge, and experience.

Here are at least 3 major assets of the blockchain technology which are overlooked by Buffet’s statement above:

Data inscribed in the blockchain is immutable. Once written, it cannot be changed. Not without a public signal that it has been changed and with a split of the data structure in two different data streams (also known as hardfork). A cheque cannot give you that. You can always rewrite cheques if you want, or some corrupted organization can start keeping double books and you’re screwed.

Because of the underlying technology, data in the blockchain is available 24×7. Scratch that: it’s always available, even in the case of some major power failure of 49% of the nodes.

A bank cannot provide that. They may claim they’re always available, but the very nature of their data storage structures prevent them to be truly 24×7 available. By the way, this is probably one of the most overlooked benefits of the blockchain technology, the ability to have data available always.

Strictly from a financial point of view, a cheque will always need a third party to validate it, a middleman. Bitcoin doesn’t need that. Not only this eliminates some huge costs, but it also increases a fundamental factor when it comes to value: trust. Wherever and whenever there’s a middleman involved, there will be a certain percentage of mistrust. That’s why we invented notaries, lawyers and all these structures to validate or to increase the trust between two parties.

These 3 benefits are roughly sketched on a silent morning and they can be further detailed, but, for now, I think there’s enough food for thought. Chances that Warren Buffet will ever read this article are close to zero. But I don’t think he needs it, to be honest. He still sits on a pile of money 6 times bigger than the entire Bitcoin market cap. And he has a fabulous track record as an investor.

But that doesn’t save him from the risk of being arrogant.

Warning: I’m just a guy who has been through some good times and some tough times as an entrepreneur, during the last 18 years, and currently keeping a day job. Warren Buffet is one of the most successful people in the world, Nobel prize winner and richer than a few countries. So please make your own judgment about the opinions expressed in this article. I may be right, or he may be right, but what matters, in the end, is that you have to be right about your own decisions.
Follow the author on steemit @dragosroua