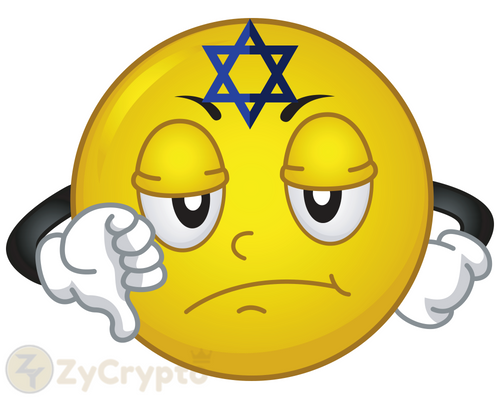 Banks in Israel are trying their best to make life unbearable for cryptocurrency-related businesses in the nation. In the latest development, Israel’s number one financial institution, Bank Hapoalim has been given an ultimatum by the Tel Aviv District Court to accept a client’s funds generated from a bitcoin transaction.
A customer of Bank Hapoalim decided to sue the bank when the financial institution denied an incoming transfer of $195,000 from a bitcoin trading platform based abroad.
On getting to the court of law, the bank claimed that it refused to facilitate the incoming transaction because it felt the sale of bitcoin is connected with money laundering and terror financing activities, even though the client had presented all required documents pertaining to the transaction.
To even make matters worse, the crypto trader had already notified the Israeli tax authorities of the incoming transaction, in a bid to remain on the right side of the law. Despite these green lights, Bank Hapoalim still refused to honor the client’s deal, threatening it would return the funds to the originating bank in one week.
As such, the bitcoiner was left with no other choice but to let the courts decide.
While at the court, Judge Limor Bibi presided over the case and ruled in favor of the client as there was no indication whatsoever that the client was engaged in terrorism financing acts or money laundering operations.  Amidst this backdrop, the financial institution was mandated to deposit the funds to the client’s account with immediate effect.
Also, the crypto holder was made to sign an IRS W8 form, declaring he had nothing to do with the United States.
This is not the first time that financial institutions in Israel have denied servicing virtual currency related businesses.
Just recently, the same scenario happened between an Israeli bitcoin mining firm, Israminers Ltd, and Union Bank of Israel. The latter threatened the bitcoin mining firm it would stop facilitating its transactions, citing AML concerns. However, Israminers Ltd, being a reputable and legit firm took the matter to the Herzliya court which has now presented a temporary order against the bank.

“Recently, we have witnesses an extreme escalation in the banks’ fight against Bitcoin and the other virtual currencies. In what appears to be a planned policy of targeted assassination, the banks are preventing their customers from returning foreign money originating in virtual currencies to their Israeli accounts, even though the clients wish to declare the movement of the funds and pay their taxes according to the law,” said the law firm representing the plaintiffs, Doron, Tikotzky, Kantor, Gutman & Amit Gross.

They also advised the financial institutions to tweak their policies to suit the ever-evolving finance ecosystem instead of using a one size fits all approach.
“this is an important precedent that obliges the banking system as a whole to reconsider its policy regarding funds originating in virtual currency transactions, while conducting a real and relevant examination of each ad hoc transaction, rather than automatically denying each transaction without examining it on its merits,” they concluded.