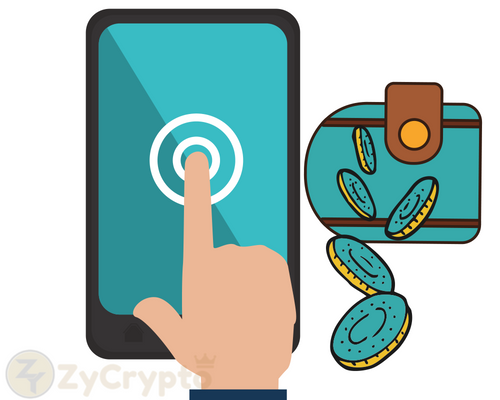 Cryptocurrencies keep appreciating in value with each passing day, and bad actors are always on the lookout for loopholes in the entire cryptosphere in a bid to steal peoples coins.
Sirin labs have released details of their highly functional Sirin Finney Blockchain and Android-powered Smartphone that promises to keep users transactions secure and entirely private.
Sirin Labs is doing its best to give crypto holders and lovers of exquisite gadgets the best experience ever.
The Sirin Finney smartphone, which was endorsed by the five-time world footballer of the year, Lionel Messi, is being built by the makers of Apple iPhone, Foxconn International Holding (FIH).
Notably, the firm raised $157.8 million in its initial coin offering (ICO) back in 2017 and is now poised to judiciously use the enormous funding to put smiles on the faces of cryptocurrency investors.
Foxconn International Holding Ltd is the highly reputable contract electronics manufacturer and the most significant employer of labor in the Chinese private sector.
The firm has been given the contract of designing and manufacturing the phone while Sirin Labs will create all blockchain components of the phone including the cold storage wallet hardware and the highly functional operating system.
Finney will be powered by a Qualcomm Snapdragon 845 system with 128GB storage memory, 6GB RAM, and an Android 8.1 operating system.
The phone will also come with a 12 Megapixel rear camera and 8MPx front camera for selfies, as well as a highly sensitive and secure fingerprint sensor.
It doesn’t end there. According to the developers, the cold storage cryptocurrency wallet will be created with a tamper-resistant secure hardware element, and it will support bitcoin as well as an array of established altcoins and tokens.

“The wallet is completely disconnected from the phone in terms of net, electricity, and everything. The moment you’d want to make a transaction, the wallet ‘heats up’ with just enough electricity needed for a transaction and the ‘cools’ back down,” the developers hinted.

According to reports, Sirin Labs was approached by several electronics manufacturers to be given the contract of creating the Finney crypto phone. However, Sirin chose Foxconn for the project.
The electronics giant is the manufacturer of the iPhone, iPad, Amazon’s Kindle, Nintendo’s 3DS, Sony’s PlayStation 4 and many other devices.
The Co-CEO of Sirin Labs, Zvika Landau reiterated that:

“Our team has been working vigorously to make sure that the first blockchain smartphone is cutting edge in all technical aspects. Our collaboration with FIH ensures that we will be offering a state-of-the-art design with device architecture that will enable true security and user-friendly blockchain experience.” At current, Sirin Labs claim to have received over 25,000 pre-orders for the first of its kind Smartphone.

The phone will be released before the end of 2018. Whether the phone will live up to expectations remains to be seen.