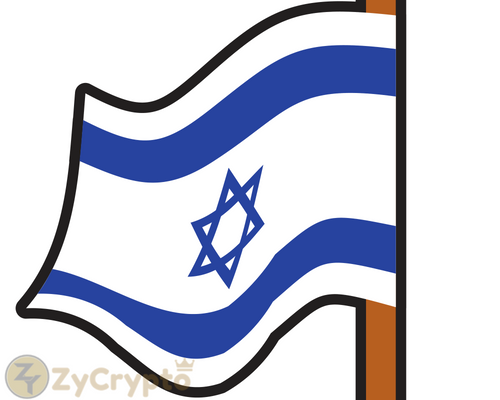 Israel Abandons Cryptocurrencies for Blockchain, Stock Exchange Launch DLT-Powered Securities Lending Platform.
Quite a lot has been going on in Israel’s blockchain and cryptocurrency industry in recent weeks. The nation has utterly crippled its virtual currency ecosystem with its draconian financial policies, barring all banks from facilitating crypto-related transactions.
Now, the Tel Aviv Stock Exchange (TASE) has announced its interest in Blockchain technology and the development of DLT-powered securities lending system that would facilitate direct lending among significant financial instruments in Israel.
In its statement TASE claimed that this latest initiative is ‘one of the first projects of its kind in the world’, adding that the Blockchain Securities Lending (BSL) project will revolutionise the markets with its excellent features, which include support for peer-to-peer transactions, smart contracts and immutable data recording.
TASE chief executive, Ittai Ben-Zeev stated that:

“The Blockchain technology will present a new level of safety for securities lending and will support growth for transactions based on this new platform.”

Hyperledger Sawtooth blockchain will power the TASE system. TASE is not embarking on its blockchain journey alone. Intel will be in charge of encrypting all transaction between participants on the platform, while Accenture has been given the task of managing the project, see to the frictionless integration of the lending platform into existing systems as well as handle Cybersecurity matters.
TASE is looking to create a ‘one-stop-shop’ for the securities lending space. The system will also be developed in such a manner that would enable it to handle large transactions quickly while operating in shorter-term positions.’
According to TASE, before the completion of the project, there will be a proof-of-concept (PoC), and if the outcome is favourable, the lending solution will be extended to other institutions.
While Israel may be on the verge of placing a complete embargo on all things bitcoin and other cryptocurrencies within its territories, it is however interested in the technology that underpins virtual currencies, and TASE is looking to champion the blockchain revolution in the nation.
Back in March 2017, TASE and Intel joined forces in hosting a two-day blockchain seminar. The hackathon was focused on discovering possible applications of blockchain technology and there’s seemingly no doubt that the BSL idea may have originated from that activity.
“It was a very successful hackathon and since then we’ve been thinking of ways to get an advantage from blockchain technology. All the financial institutions all over the world are thinking about it,” Ben-Zeev told Times of Israel back in February 2018.