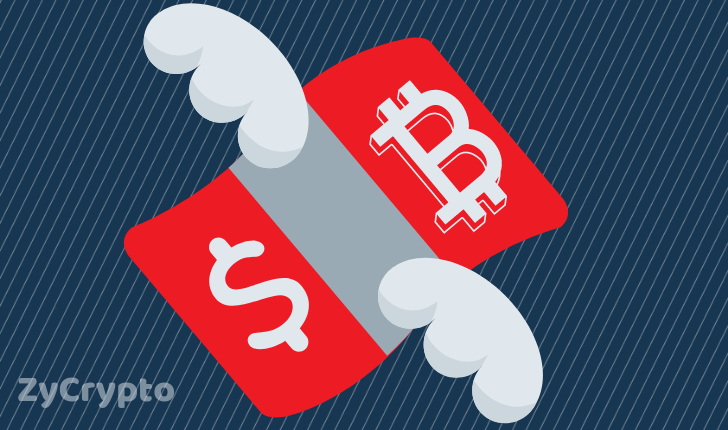 Bitcoin since its breakthrough has had some fierce competitors all around it. In the cryptocurrency world itself, many altcoins have been tipped to overthrown it but have failed, however. The world of fiat currencies contains another pool of strong competitors for the biggest cryptocurrency.
The U.S Dollar for most of the times has been the strongest competitor to Bitcoin, even though a lot more currencies are into play too. Bitcoin hasn’t been itself this year as the monstrous digital coin we all know.
Its value keeps dropping from time to time and still hasn’t shown any signs of reciprocating its performance last year. This has affected other altcoins and the crypto market as a whole as bitcoin is somewhat the big shark in the crypto ocean.
However, the crypto market isn’t the only market having a tough year as almost every fiat currency out there has struggled with a slight exception for the US dollar. The euro and Swiss franc, another competitors are nothing to write home about this year and not to talk of other such as the Argentina Peso. The US dollar is the only fiat currency to be doing well and it also happens to be the currency to which bitcoin has fallen the most to this year.
As to whether the US dollar affects the bitcoin price is still is still a debate amongst the various groups depending on their stance on bitcoin. Fanatics rate the coin so high and portrays it to be this untouchable item.
The bitter truth, however, is that the US dollar has proven to be powerful over the years that it takes the bitcoin price for a ride whenever it embarks on a journey, either going up or taking a hit.
Determining one factor which influences the price trend of bitcoin isn’t an easy task as so many factors come into play. Investors, for instance, have been playing that role a lot, sometimes purchasing a huge sum of bitcoin somewhere, or even going up a billion dollar investment.
Taking all factors into consideration, the US dollar still stands tall in dictating the trend of bitcoin price. In the early stages of last year, when the US dollar was declining due to certain reasons, the whole economy wasn’t affected including bitcoin and the crypto market.
Bitcoin trading providers at that time showed that BTC/USD pair was demonstrating a daily volume of $41 million, while the BTC/CNY demonstrated roughly half of that, at around $21 million.
Most at the time, the price trend of bitcoin reflects on some huge economic events as well as the performance of reserve currencies and if it continues that way, the US dollar will have a great influence on the price of bitcoin and its trend.