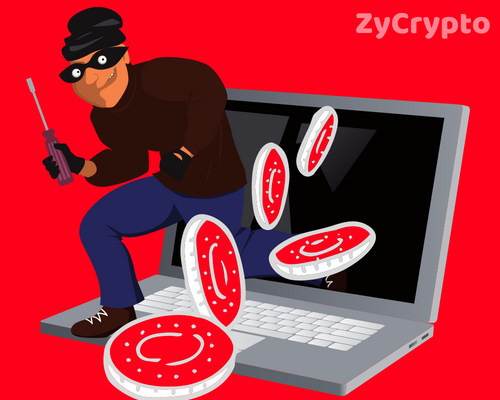 It is true that there are always two sides to a good invention which are always the good and the evil.
The first half of 2018 could be agreed to be a turbulent moment for most coins that were struggling with retaining the gains that was made towards the last quarter of 2017 and the bearish movement of the market which could be observed till this present time.
A recent data shows that the token market had received more than double of what it earned in 2017 within the first half of 2018 which is $12 billion.
The worry was as a result of the discovery that $1.2 billion cryptocurrencies worth had been lost to cyber crimes through bitcoin and the privacy coins like Monero and Zcash within the first half of the year.A California based blockchain startup CipherTrace made this finding.
Some of the ways this was achieved are:
1) money laundering: they achieve this by tumbling addresses until they convert the money to fiat irrespective of losing some parts as gas fees since names are not associated with cryptocurrency addresses. Aided with Anonymous Coins in the likes of Monero, Zcash e.t.c
2) hacking activities: many firms are losing their hard earned money since hackers had gotten an easier way to receive payment for the nefarious activities. The high rate of complaints had increased by more than 6 times within this year when compared to all of the complaints since 2015. This ransom that are collected had brought lose to firms hence the need to mitigate it.
This year has seen lots of Exchanges getting hacked, Coincheck, Coinrail, Bithumb just to mention a few have all lost Millions Of Dollars To Hackers in the first half of 2018.
It is therefore important that tags are used to identify the flow of this money until the culprits are identity.