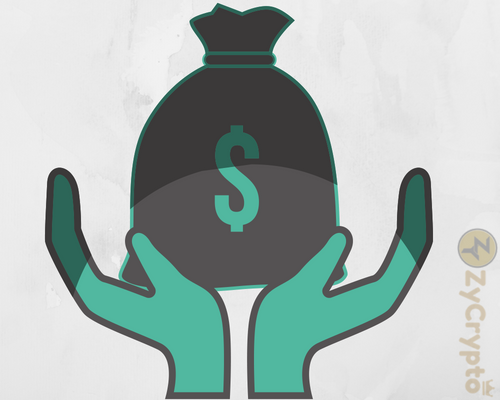 The good news is, one of the most important financial institutions in the world credits cryptocurrencies in no small extent, saying the new virtual currencies could replace fiat if certain issues are dealt with.
In the report, released by IMF, it reads:

“These assets may one day serve as alternative means of payment and, possibly, units of account, which would reduce the demand for fiat currencies or central bank money.”

Whether cryptocurrencies will replace the central and commercial banks in future isn’t a new debate. As highlighted by the IMF, at the initial stages of the internet, there had been worries that the invention would make banks obsolete. But instead, the internet had made banking much more comfortable and accessible to the public. This could also be the case with cryptocurrencies.
Nevertheless, one major disadvantage that had been laid out it the fact that it’s highly volatile, and before cryptocurrencies can win the battle this issue must be carefully addressed. To add, they believe in cryptocurrencies at the moment is way lower than that of fiat. Fraud cases, security breaches, and system failures are also things to consider.
Many have expressed shock on this declaration as this is an organization that could be the last to accept virtual currencies.
In recent past, a couple of countries have placed a ban on cryptocurrencies and cryptocurrency related transaction in financial institutions worldwide. India, Iran, and a host of others have been in the forefront of this battle.
When this will happen, no one knows yet. However, IMF has hope in future technological innovations to solve most of these issues faced by virtual currencies at the moment. As these unfolds, then we’ll be a step closer to declaring cryptocurrencies as the currencies for micro-payments and borderless transactions.

IMF Finally Admits Bitcoin Has Evolved Into An Integral Part Of The Digital Asset Revolution, But Highlights New Risks

IMF Continues Its Cry Against Cryptocurrencies, Warning That It Could Cause Global Financial Instability