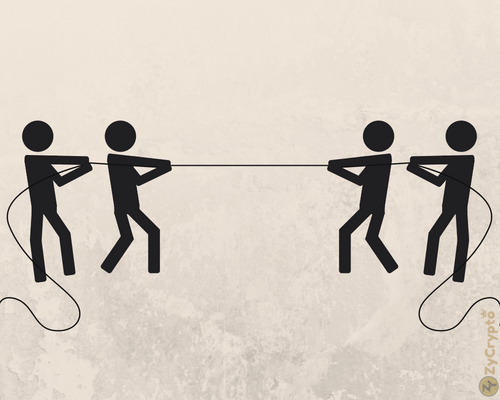 Deputy director Dong He of the International Monetary Fund has offered the suggestion that central banks should adopt some of the features of cryptocurrency in order to compete with emerging crypto coins and remain relevant going forward.
The IMF is an organization that works to “foster global monetary cooperation, secure financial stability, facilitate international trade, promote high employment and sustainable economic growth, and reduce poverty around the world.”  An organization such as IMF arguing for the adoption of blockchain shows that the technology is not a fad, but an instrument of positive change.
IMF Director Christine Lagarde had previously written a similar sentiment back in March when she advised that central banks should adopt blockchain technology in order to fight against the very perils that cryptocurrencies could introduce. She focused on the dangers the world could face due to the adoption of cryptocurrencies such as the money laundering and the funding of terrorism, but argued that the technology offered means to fight these issues as well and couldn’t be ignored going forward.

While Lagarde’s statements on crypto and blockchain dealt more with fighting the dangers crypto could bring, or as she put it to “fight fire with fire”, Dong He’s words focus more on how cryptocurrencies could make central banking obsolete.
The Deputy Director argues that the digital assets are too volatile and don’t garner the trust of the public yet to be used on an everyday basis; but, If businesses and people find the technology to be helpful and easy to use then adoption won’t be far off.
He says that the central banks must offer a product that competes on these levels with cryptocurrencies or they will simply not be needed in the future.
He also puts emphasis on the positives of the peer to peer nature and thinks fiat currency needs to be more appealing in this way.

“They could make central bank money user-friendly in the digital world by issuing digital tokens of their own to supplement physical cash and bank reserves. Such central bank digital currency could be exchanged, peer to peer in a decentralized manner, much as crypto assets are.”

Ultimately, if the technology proves to be valid, cryptocurrencies and blockchain will take hold across the world and central banks would be foolish to not adopt to the changes these technologies will bring.