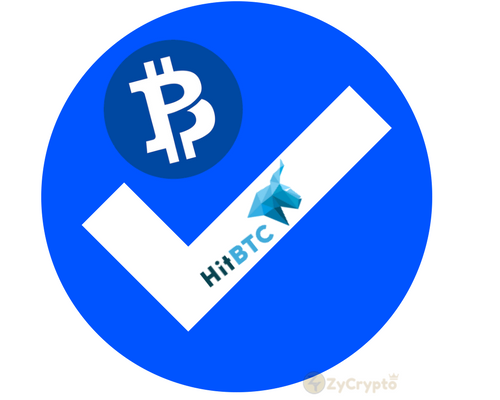 Bitcoin Private ($BTCP), a community-driven BTC/ZCL fork consisting of over 150 contributors, is now listed on #HitBTC. We would like to thank all the $BTCP community for your support, vigilance and team spirit. Trade $BTCP: https://t.co/Bmv4WiT3Sw pic.twitter.com/PoO9rdQY6Y

Shortly after the announcement, HitBTC released a written interview the exchange had with the Bitcoin Private team in a bid to tell everyone why this version of bitcoin was going to be better than all the ones in the past.
A team member, trying to answer the question said that the Bitcoin Privacy is the first real privacy experienced by the bitcoin community. Aside from that, the team also prides in its open source bitcoin community.
Compared to other versions of bitcoin projects, the Bitcoin Private fork happens to be the project with the most active community so far. In just 60 days the main net launched, the community has been able to push the privacy technology platform to wide adoption level which is pretty remarkable.
Amongst other significant development from the team was Bitcoin Private coin to be supported by the Ledger Nano hardware cryptocurrency wallet. This was announced by Nicolas Bacca, a member of the Ledger team. He said the coin would be supported from the next version of the cryptocurrency hardware device.
All these are good news for the Bitcoin Private cryptocurrency, as the coin isn’t just a coin based on total privacy alone, it’s also supported by one of the most secured hardware wallets as of now.
Time will tell if Bitcoin Private will rise to be what Bitcoin core failed to be. But as far as things are Bitcoin Private is doing well in the cryptocurrency market, with the price of the coin gradually rising on daily bases.