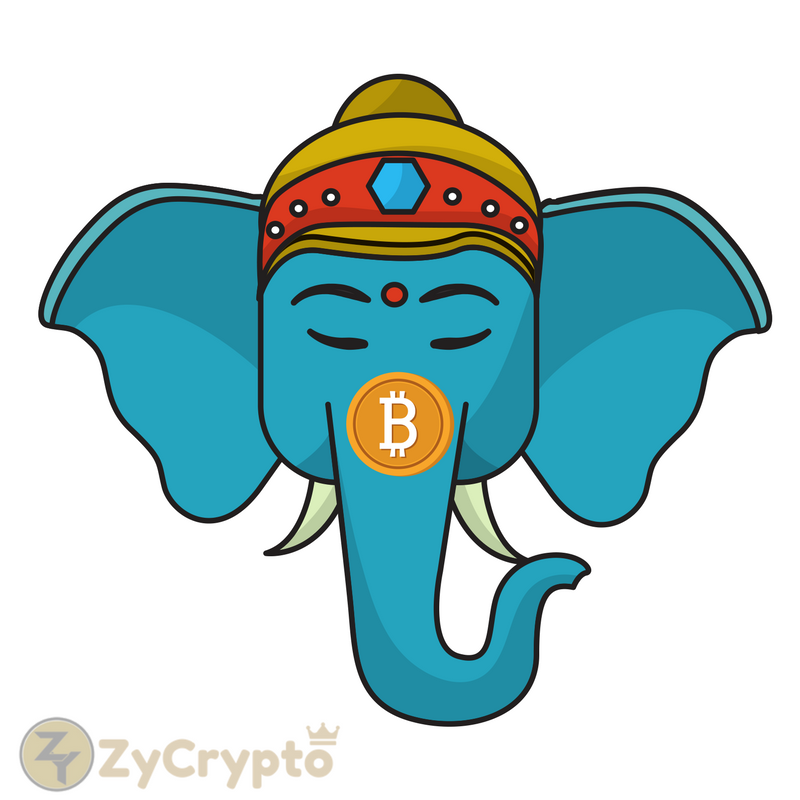 Bitcoin has risen massively since this year and has gained more investors, admirers, and haters on its journey to the top.
Bitcoin is a legal tender and store of value in Japan, but the cryptocurrency is yet to be legalized and given the status of a currency in India.
India has not followed the steps of China, a onetime ‘Bitcoin world heavyweight,  Indian government authorities have expressed their reservations over the world’s number one cryptocurrency.  In November, the Reserve Bank of India(RBI) said that virtual currencies like Bitcoin introduce people to financial, legal, and security-related risks.
According to inc42.com The executive director of the RBI made it clear earlier in November that Bitcoin is not in the financial arrangements of the Reserve Bank of India. As seen on inc42.com, the official reiterated:”Our current Position on Bitcoins is that we will not be using it for any payments and settlements, though the technology (Blockchain) underlying cryptocurrencies will not end.”
However, it looks as if the Indian authorities want to review their decision on Bitcoin, as the Indian authorities have put up a committee to decide on the future of Bitcoin in India.
Authorities Yet To Decide On Bitcoin Policy
Bitcoin Price has risen exponentially since the beginning of 2017, and this massive rise has made a lot of people, government and institutional investors to start noticing the cryptocurrency.
At the time of writing this report, as recorded on CoinMarketCap, the price of Bitcoin has painlessly hit the $17,000 price region. Analysts are of the opinion that the Bitcoin price will continue to rise because of the successful launch of the CBOE futures trading and also, the expected launch of CME futures trading contracts later this week.
In line with the bullish rally of the Bitcoin cryptocurrency, the  Indian government is planning to promulgate a Bitcoin policy that might impose taxes on Bitcoin trading in the country.  According to Economic Times (ET),  India is putting plans in place to create a Bitcoin policy in the wake of the ever-bullish price of the world’s number one cryptocurrency.
As reported by Economic Times, the Reserve Bank of India is yet to have a change of heart towards giving Bitcoin the status of legal tender. In a recent statement, the RBI said:”It has not given any license or authorization to any entity or company to operate such schemes or deal with Bitcoin or any VC.”
What the Indian Bitcoin policy will bring to the Indian Bitcoin ecosystem remains unknown. However, Bitcoin has shown in recent times that government sanctions cannot tame it, as it demonstrated when the Chinese government placed a ban on ICOs and Bitcoin exchanges in China back in September. These are exciting times in the cryptocurrencies world.