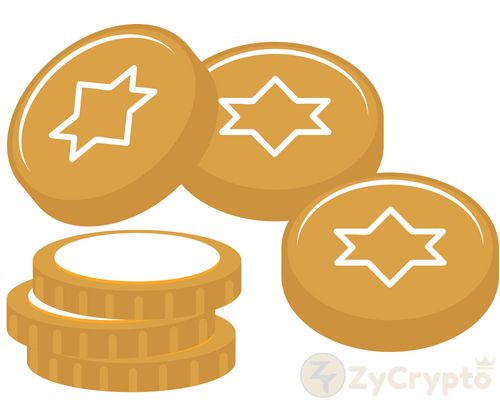 Fresh off of his White House gig of advising one of the single most powerful people on earth, former Goldman Sachs president and Gary Cohn joined CNBC’s Bob Pisani on Squawk on the Street to talk about his next steps, the economy, and the future of finance.
Cohn left the famed financial firm Goldman Sachs to serve his country as the President’s top economic advisor. He says the time he spent at the White House wasn’t exactly comfortable, and now that he has left the Trump administration, Cohn has proclaimed “I feel freer, I feel rested, I feel happier.”
The conversation turned to bitcoin when Bob Pisani asked Cohn what he thinks of the recent moves made by Goldman Sachs to enter the cryptocurrency frey.

“I’m not a big believer in bitcoin,” Cohn told The CNBC host during the interview. But he followed that up by stating that he is “a believer in blockchain technology.”

Cohn thinks blockchain technology is more than a fad, but noted its faults.

“I do think we will have a global cryptocurrency at some point where the world understands it and it’s not based on mining costs or cost of electricity or things like that,” Cohn went on, “It will be a more easily understood cryptocurrency.  It will probably have some blockchain technology behind it, but it will be much more easily understood how it’s created, how it moves and how people can use it.”

Cohn sounds like someone who has grasped the idea that cryptocurrency and blockchain technology in general has great industry disrupting power and plenty of positive traits that could greatly benefit the financial world, but still does not have a full understanding of all the characteristics of cryptocurrency.
The finance magnate touches on bitcoin’s lack of users that fully understand the technology is one of the strongest forces working against its adoption. Furthermore, the energy consumption problem continues to be a deterrent to the technology’s use.
Even though Cohn has not given a glowing, full on endorsement of cryptocurrency, it is still a positive development to see some of the heavy hitters of finance at least show an openness to the abilities of blockchain technology.
Last week Goldman Sachs announced its intentions to create a cryptocurrency trading desk.  Although the firm will be at first dealing with crypto futures rather than the actual trains of tokens.
While only dipping a toe into the crypto pool for now, the firm has hired crypto trader Justin Schmidt to head its digital assets division which signals its greater intentions to fully jump in the crypto waters at some point in the near future.