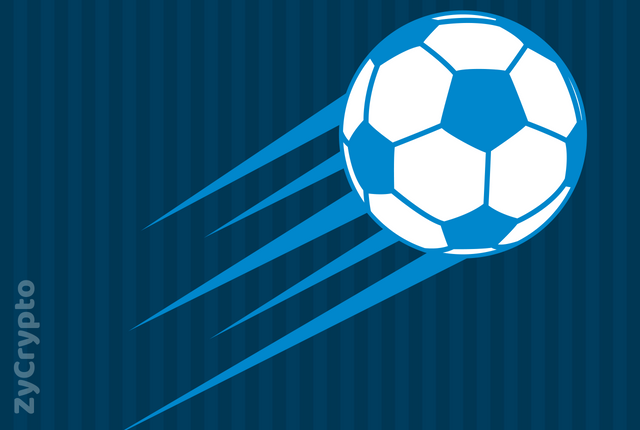 There’s no doubt cryptocurrencies have turned into some kind of obsession in the world of finance now. Their numerous importance and advantages have people going crazy about them. There’s also no doubt that cryptocurrencies are now flying all over the globe.
With it being the new go-to in terms of finance, it also has achieved worldwide recognition with many influential people now in bed with it. From crazy rich celebrities to global icons and ambassadors, you name them, cryptos have bagged them all and as the market continues to grow, together with their popularity and acceptance, many powerful people will come aboard.
Some may argue that crypto is now way past endorsement by celebrities whiles others hold the thought that if there’s still room for improvement or expansion, why not exploit it.
It seems the crypto fever has now set its sight on the world of football and sports as a whole. Many world known footballers are now going into the crypto market to invest their fortune they made whiles they were on the pitch.
There’s already a long list of current footballers and retired ones who have taken that step this year, including retired Portuguese midfielder Luis Figo who signed a contract earlier this year with Stryking Entertainment as a crypto startup ambassador.
Stryking Entertainment was founded in 2012 in Germany and plans to distribute its STRYKZ token through an ICO, with the help of a footballing star crypto startup ambassador.
Brazil soccer legend, Ronaldinho has also launched a crypto project dubbed the Ronaldinho Soccer Coin (RSC) which according to him, is aimed at becoming the “common currency of the football world.”
Also last year, current Uruguay and FC Barcelona striker Luis Suarez, heaped praise on cryptos and the Blockchain technology on a post on Instagram, saying that the Stox, a blockchain platform is the “best prediction market in the world.”
The latest football icon to endorse crypto this year is the Ivorian legend Didier Drogba. He is now the official ambassador for ALL.me, a crypto-based social networking platform. According to the football legend, he has so much believed in the project and that’s what got him on board. He has since started sharing all his pictures with ALL.me, as a sign of showing his support.
Five-time FIFA world best player and currently FC Barcelona and Argentine captain Lionel Messi also signed a deal with SIRIN LABS, which according to the company was an effort to help raise awareness of Blockchain technology through the global football icon.
Messi’s mind-blowing popularity and social media influence was the reason behind SIRIN LABS choosing him. With each of his posts commanding a whopping $500,000 on Twitter, Facebook, and Instagram, he is among the most valuable profiles as an athlete and with this kind of audience, the crypto world could benefit immensely from their endorsement.