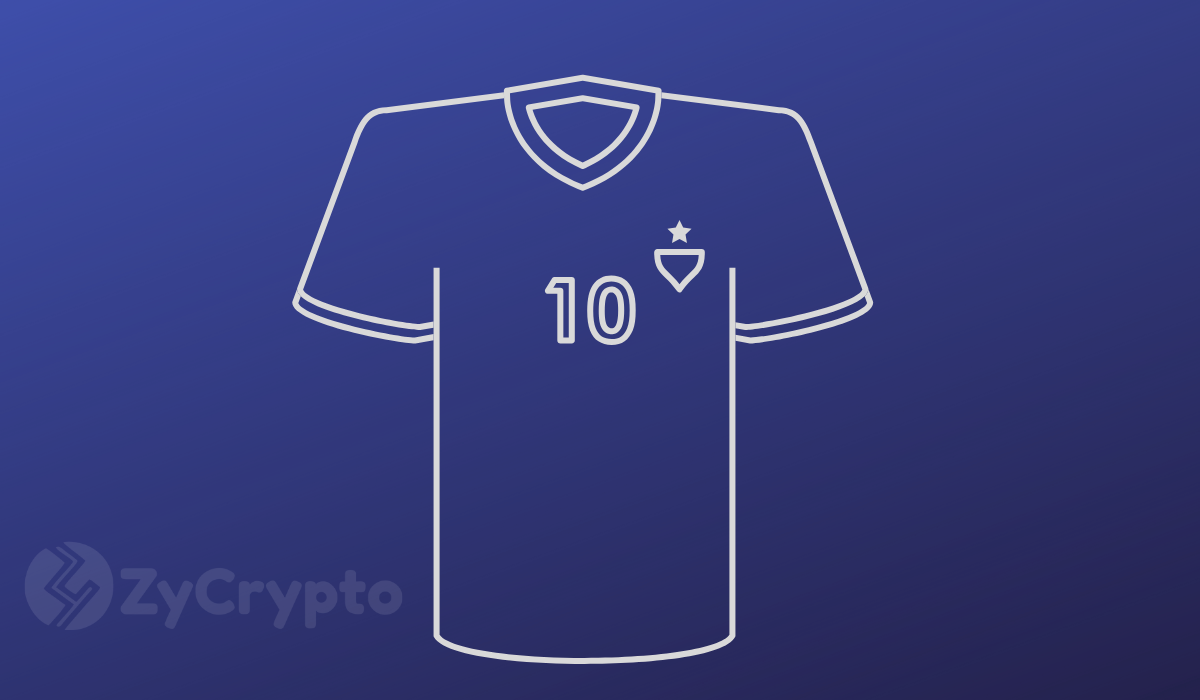 Cryptocurrencies made another leap towards mainstream adoption this week as a Football friendly match involving Spanish club side Atletico Madrid and Beitar Jerusalem FC displayed the CoinMarketCap logo.

CoinMarketCap has now sponsored Beitar Jerusalem and the jersey can now be seen revealing the recognizable logo along with the Bitcoin, Ethereum and EOS logo also displayed.

Cryptocurrencies are taking over football! With @CoinMarketCap sponsoring the jerseys in the @Atleti Vs @fcbeitar, our @AsherWestropp was there to see who was taking on the crypto message. See full report: https://t.co/UjhavU33Uc pic.twitter.com/OG3e3Nlz6l

Now although this was a friendly game with an attendance close to 30,000, this has certainly gone unnoticed and we believe this could be one of many clubs moving towards Cryptocurrency sponsored partnerships in the future.

The largest Cryptocurrency prices aggregation platform CoinMarketCap tracks the capitalization of various cryptocurrencies and the number of trades that converts the current price to fiat value.

A platform that whilst many do not currently know about, in future may be a well-recognized website.

The move to incorporate the Cryptocurrency platform logo was orchestrated by club owner and Cryptocurrency millionaire Moshe Hogeg. A signal indicating that many more club owners may potentially have investments in Cryptocurrency and also have an interest in creating joint partnerships with emerging Cryptos.

In the BLOCKTVNews video, Crypto analyst Asher Westropp-Evans was filmed asking football players what they knew about Cryptocurrencies and or Bitcoin.

“I more or less know and I invest”

Now whilst a majority of players wearing the sponsored CoinMarketCap jersey had probably not heard much of Cryptocurrency, the likelihood of players looking into the idea of investing certainly would have increased.

Awareness and understanding are imperative!

There are also various sources highlighting that football players are now requesting Cryptocurrency as a form of payment/wages rather than traditional fiat currency.

This alternative of income clearly highlights where Crypto is heading and digital currency seems to be the method of payment on the rise, especially considering the huge room for growth in value.

We are still a while away before Cryptocurrency is widely adopted in mainstream society, however with billions of people watching football worldwide, there is no better place of spreading awareness that there is in football and there will be many more collaborations to be expected between Cryptocurrency and football teams.

Bitcoin.com Lays Off Half Of Its Workforce With Bitcoin Cash Halving Only 4 Days Away