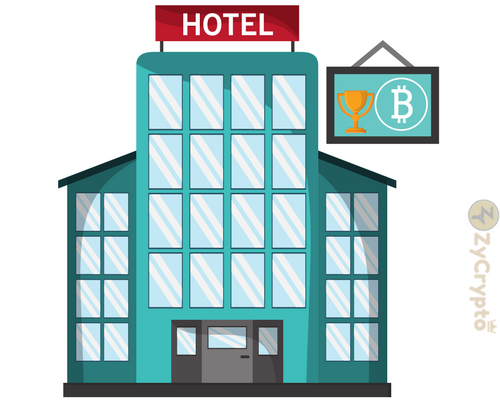 The Russian city of Kaliningrad would be one of the host cities to the FIFA World Cup 2018, which is to be held in Russia. The first Mundial to be held in Russia, the people there are pulling all stops to ensure everyone, from tourists to spectators to players and everyone alike gets to have the experience of their life during the World Cup.
In order to sweeten the deal for football fans coming to see the game, Kaliningrad has announced that hotels in their city would accept payments in Bitcoin for accommodation.
The hotels in Kaliningrad will see guests coming from eight different countries to cheer their home teams. The countries who would play in Kaliningrad are Belgium, Croatia, Morocco, Nigeria, Serbia, England, Switzerland and Spain.
Hotels all across the city have partnered with payment vendors specializing in cryptocurrency payments to provide a seamless and hassle free service to their customers to ensure peace of mind.
In an interview with Buying Business Times Russia, the Manager of Apartments Malina, Anna Subbotina, said that the reason they are willing to introduce and accept cryptocurrencies as a form of payment is due to the fact that the world is seeing a great demand for cryptocurrencies.
She says she believes that they would be used more as a form of payment in the future, and they would like to be future ready in order to gain the first mover advantage.
Some other sources report the hiking of room charges all across Russia in anticipation of the demand during the FIFA world cup. The PR Director of Avisales Travels, says that, for booking a room on the 28 of June, on the day England is supposed to play against Belgium, the cost of one room would be around 18,000 Rubles, which translates to around 300 US Dollars.
They say that this cost is ten times the cost of a normal hotel room in Russia. They also say that other cities in Russia have also hiked their prices significantly in anticipation of the World Cup.
The move shows Russia’s warmness towards cryptocurrencies. Time and again it has been reported that Russian government agencies have been lenient towards cryptocurrencies, as it lets them, in a way, bypass sanctions placed on them by the Western countries post its invasion of Ukraine’s Crimea. It remains to be seen how cryptocurrencies are used in Russia during the World Cup.