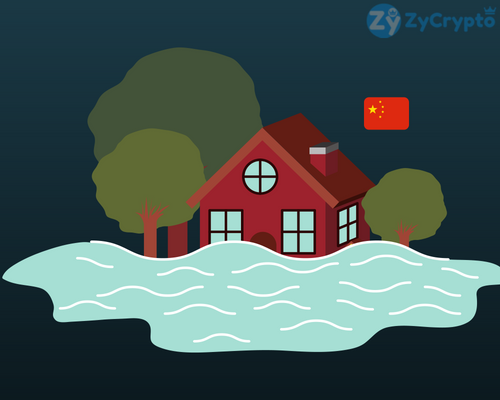 The recent drop in Bitcoin hashrate has been attributed to a flood that occurred in a part of China where 70 percent of Bitcoin mining occurs. According to a report, China has been a strong contributor to Bitcoin mining with many mining activities operated despite the strict warnings and regulations imposed by the government.
Western Sichuan province, a place which accounts for 70 percent of mining output was largely affected by the flood. Despite the report, there has not been a data to access the lost. From photographic evidence, mining was really affected by the incident.
“However, from the perspective of the area affected by the disaster, at least tens of thousands of miners have been flooded,” according to a report. This has become a very big blow to the miners in the area as their mining equipment has been destroyed beyond repairs.


Some analysts have attributed the recent drop in Bitcoin price to this incidence; however, others share the opinion that the destroyed mining equipment is not enough to affect the market that much. According to data, the hashrate of the cryptocurrency took a swift drop at that same moment the miners were destroyed.
It was reported that the drop in hashrate was short lived as it was restored to normal. The plausible explanation given is that other miners took over the mantle and filled the vacuum.
The Bitcoin hashrate has been very sensitive in recent times. Around April this year, the hashrate which was usually at 24 million TH/s dropped by half before taking a rebound.
The hashrate has been said to be inversely related to the price of cryptocurrencies. In the case where Bitcoin price declines at a higher rate as hashrate increases, it just indicates that more miners are joining the network.
Bitcoin has been on the radar of some government authorities due to the crime associated with it. This has called for several crackdowns in China and South Korea; however, there are miners who still go for it illegally.
It has been said that the Bitcoin price is possibly struggling due to the unfavorable regulations imposed by China considering their user base. In some countries, they have not categorized cryptocurrencies under any form of money yet, hence, they are not recognized by law. Amidst all circumstances, Bitcoin has been said to rise to at least $22,000 at the end of the year.
Ads by Cointraffic