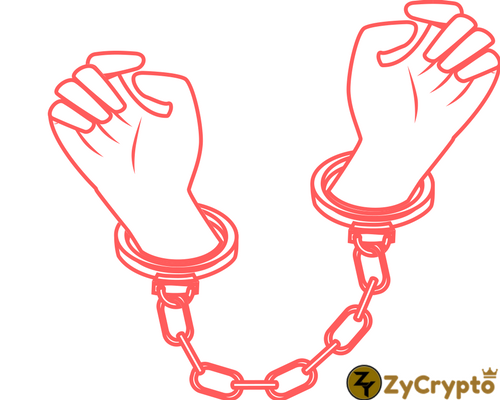 The ‘Crypto-fever’ it seems cannot be contained as the ‘crypto-bug’ have also made its way down to the peaceful town of Rio de Janeiro in Brazil. It was reported that state officials in charge of running the affairs of the state prisons misstate the budget spent on food.
According to the report by Agencia Brasil, a Brazilian news outlet, it was also discovered that the proceeds from the dirty deal were exchanged for the ‘crypto-king’ Bitcoin.
One of the state officials mentioned that the whole plot was singlehandedly crafted by a former Governor of Rio de Janeiro Sergio Cabral, who is famous for his money laundering act. He had for also been sentenced to 14 years in prison for corrupt charges in the past.

The scheme which has been going since 2001, started when Induspan, a company owned by Filipe Paiva was awarded the contract of supplying snacks to the state prisons. The contract was terminated in 2010 after it was discovered that the charge rate was on the high side.
After the termination of the contract, Filipe Paiva went ahead to establish a false company called Primus initiative which is supposed to be non–profit organization.
Primus started to supply the state prison snack the same rate at which Induspan was supplying.

Caught In the Act

Paiva inevitably ran out of luck, as his money laundering act was soon discovered. According to a prosecutor of the state’s Anti-Corruption Action group, Silvio Ferreira de Carvalho Neto; everytime the contract was renewed, there was always an incessant increase in the price being charged for bread
There was also a ridiculous increase in the number of snacks supplied, which rose from 55,600-83,600 daily with the number of prisoners remaining the same. The price for bread within that 13 years rose by 1000%.
After the fraud was discovered, 28 different sites were served with search warrants.
Report has it that seven people have been maimed so far by the authorities. Amongst those arrested are; Rio de Janeiro’s top fish Former state secretary of Prison Administration, coronel Cesar Rubens Monteiro and delegate Marcelo Martins who is the director of the Department of Specialized Police of the Civil Police.
Police officer Carvalho Neto declared that the whole scheme produced a total amount of $22.4 million between 2010 and 2015 while $13.7 million was laundered through fake business activities.

“They were set up or above all reactivate to receive the money. In that period, none of them had employees, bank or service rendered. In fact, receiving amounts for shortly after withdrawing from the cash and transferring to foreign exchanges is a very clear signal that the appeal was paid without any consideration”, Neto said.

This might be the first time cryptocurrencies are used to carry out the criminal operation as this according to Luiz Henrique Casemiro, but it indeed will not be the last time as the ‘Crypto-bug’ will keep spreading its tentacles.