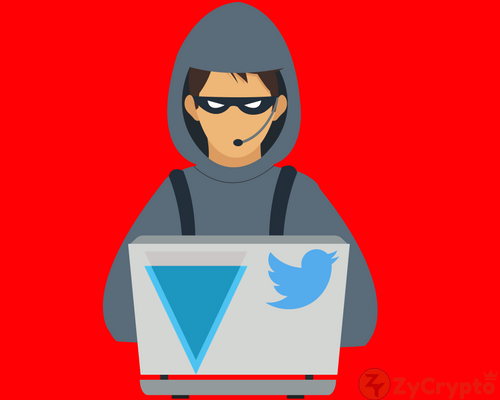 In an interesting yet ironic event, the twitter account of privacy focused cryptocurrency Verge (XVG), had its official twitter account hacked. The company claims that the hack was limited to its social media accounts and not its main operations, and users’ data and funds invested were not affected by the incident.
After gaining access to the company’s twitter handle, they started to ask Verge followers and supporters to send XVG to an address in order to receive double the amount in return as cashback to their original accounts. This scam tactic has been affecting the world of digital currencies since months, with many users having already being victims of it.
Since then, the company has been able to regain access to their Twitter account. It has also deleted the fraudulent tweets sent out by the hackers. But, the tweets still remain online on archive sites.
At the time of compiling this report, it was found that the address mentioned on the tweet has received donations of 195 XVG, which holds a current market value of around $7.
According to Verge, the cause of the breach was the fact that the hackers were making used of leaked Yahoo databases in order to gain access to Verge’s lead developer, Justin Vendetta’s account. Vendetta is also commonly known under the pseudonym “Sunerok”.
On the other hand though, attackers claimed that in addition to hacking Verge’s social media accounts, they were also successfully able to lay claim to a billion of XVG coins. The company on the other hand has denied the claim, saying that only the social media accounts were affected and no tokens were lost to hackers.
Since then, Verge has managed to escape from the fiasco mostly unscathed, with its current value being $0.031, which is a rise of 9.82% over its previous value, according to price tracker website CoinMarketCap.
Verge first made headlines in December of last year when controversial figure John McAfee first evangelized about the currency in one of his “coin of the day” Twitter posts, where he recommended supposedly “sound” altcoins for people to invest and hold.
But, like his other initiatives in the blockchain space, some of his predictions were incorrect as well as misleading. Overall, it seems like the hackers went through a lot of hoops to gain a paltry profit of $7, although it underlines the fact that even today, more security awareness is needed.