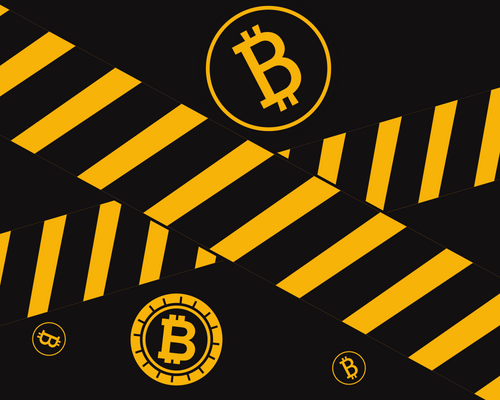 The cryptocurrency space is filled with crime. Bitcoin and other cryptocurrencies are used everyday for the dealing of contraband goods and prohibited services.
Cryptocurrency Exchanges are being hacked and robbed of millions at an increasing rate, money laundering efforts are being aided by various coins, and ICO scams continue to cast doubt over the whole sector.
Several financial and blockchain experts recently spoke on a panel called “Blockchain, The New Digital Age” at Tel Aviv University’s annual Cyber Week cybersecurity conference.  The experts touched on some of the obstacles that blockchain and cryptocurrency face on their way to mass adoption.
Crime being a deterring factor in the spread of cryptocurrency was a central theme of the discussion.  Lotem Finkelsteen, a threat intelligence analyst with the Israeli cybersecurity company Check Point Software Technologies thinks that crypto-related crimes including hacks, and financial scams will surpass all other cyber crimes in 2018.
Haim Pinto, the CTO of Bank Hapoalim, Israel’s largest bank said that blockchain is still in “hype cycle” and doesn’t have any real world use yet.  He also commented that the anonymous nature of cryptocurrency transactions is an attractive feature to criminals and aids their bad actions.
Another potential crime in the cryptocurrency sector is price manipulation. Tel Aviv University Economics professor Neil Gandal, presented a paper that alleges the first Bitcoin boom back in 2013 was caused by one trader using trading robots.
He also cited a study that attributes the $20,000 bull run of 2017 to manipulation. Professor Gandal says that regulatory actions are needed to keep out manipulators and restore confidence in the market.
The panel discussion was not all negative, however. “There are real projects rolling out,” said John Velissarios, Principal Director and Global Blockchain Technology Lead at Accenture.

“We’re seeing blockchain applications for capital markets, exchanges, clearing and settlement systems and payment systems. The technology is evolving and the applications are becoming more significant.”

Experts see the underlying technology as useful and intriguing to businesses but assert that the industry’s reputation needs to improve to attract the flow of institutional funds into the cryptocurrency market.
The panel generally agreed that the as the market matures and regulations eliminate a lot of the crime that revolves around cryptocurrencies, the public will become more comfortable with using the digital assets for everyday transactions.