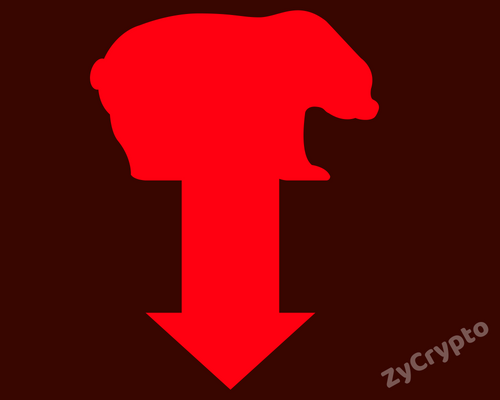 We thought we’d hit the bottom, but the past 24hrs has been disastrous in the cryptocurrency market as prices of Bitcoin and most alternative currencies took a huge dive, losing the gains made in the past seven days within hours.
Though this isn’t the first time, such losses would occur, but this particular one has been tied to a number of negative announcements which have come up recently.
It all started with Zebpay, announcing that the Central Bank of India has ordered banks to discontinue all transactions cryptocurrency related transactions and also stop dealing with companies who render crypto-based services. Though this directive isn’t new, it was a follow up on the previous one which was announced back in April.
This announcement wasn’t well received by Indians as there was a massive sell-off on Indian exchanges as fear of losing their investments gripped the hearts of most traders. By the time the Asians woke up to this news, there seemed to be a continuation of the sell-off again.
In addition, there was another negative news from Ireland as Bitcoin broker Eircoin was reported to have “accused Banking and Payments Federation of Ireland of discriminating against the accounts of crypto-related companies.” Dave Fleming who is the company’s co-founder announced that the company was closed “due to a negligent and defensive banking system” as it was accused falsely of illegal activities.
As all these were ongoing, bitFlyer, Quione, Bitbank, BtcBox, and BITpoint cryptocurrency exchanges were ordered by the Financial Services Authority in Japan to implement better measures to fight money laundering.
All these have been speculated to be the reasons behind the decline of cryptocurrency assets values as seen in the market.
Does This Crash Prove Bitcoin and Altcoins Are Truly Bubbles?
Absolutely not. From more indications in the past, cryptocurrencies are here to stay though they are in their early stages and is definitely facing some challenges and much more, regulation issues. As more technologies roll out which solves present problems, we would see the value of cryptocurrency assets plummet to heights unknown.