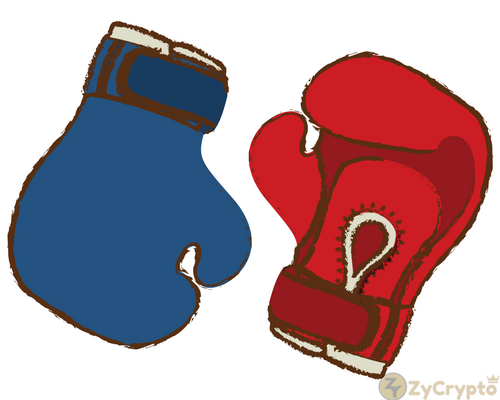 Rumours are floating in the cryptocurrency markets about the battle brewing between Ethereum founder and developer, Vitalik Buterin, who hails from the city of Toronto in Canada, and Bitmain, the China based hardware OEM (Open Equipment Manufacturer) which mainly manufactures specialized devices designed for mining specific cryptocurrencies in an efficient and cost effective way.
These devices are called Application Specific Integrated Circuits, or ASIC’s, in short. Buterik even posted a poll on his official twitter account asking users about the same.
The Ethereum platform can be considered as a dark horse among cryptocurrencies, as its value shot up to unprecedented levels during the great cryptocurrency boom of 2017. In just a matter of days, it became a currency which no one knew to a currency which has gained notoriety which is second only to Bitcoin.
Ethereum was designed to be ASIC resistant in order to decentralize control and make it accessible to everyone. But Bitmain’s devices allow control to be centralized which goes against the foundational principle of Ethereum.
Vitalik thus held a poll on his official Twitter account asking users about ASIC’s and Ethereum. He asked users whether it would be better if ASIC’s are allowed to mine only the hardforks of Ethereum or even Ethereum itself.
He also asked whether ASIC’s would do irreparable damage to the value and concept of Ethereum as a whole. Another option in his poll was the updation of the Proof Of Work Concept which Ethereum uses, which would, in turn, make Bitmain’s ASIC’s useless and incompatible with Ethereum.
More than half of the total 5000 responses to the poll agreed on the fact that updating the concept would lead to great loss for Bitmain as its ASIC’s would become incompatible with the new system. They also said that the effort would be a way to directly sabotage Bitmain’s efforts to increase rate of mining.
On the other hand, Bitmain says that they are ready to ship specific ASIC’s with processors designed for Ethereum mining in order to gain the maximum performance per watt. The shipping would start by the second quarter of 2018, and manufacturing is already in progress at its manufacturing facilities in China.
With Bitmain going all guns blazing against Ethereum, it would be interesting to see the battle between it and Vitalik, who seems to protect the core principle of Ethereum at any cost.