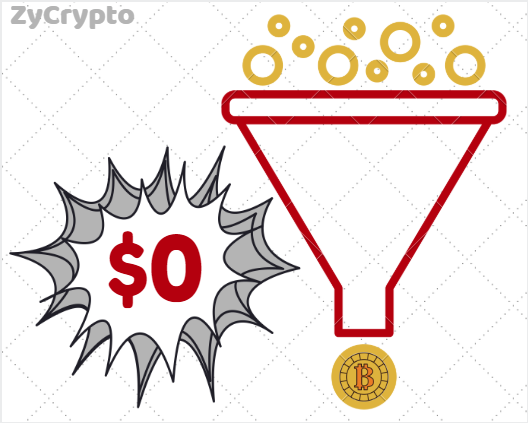 It seems the time for bitcoin to be dragged through the mud is here again. The ever-growing self-opinion and predictions about the cryptocurrency’s future are still standing tall, with new ideas and statements every now and then as to whether bitcoin will blow up or will crash to zero.

However, cryptocurrency volatility and the unprecedented events surrounding it has made its future quite unclear to many.

A lot of words have been said about bitcoin, some being pleasant and whiles others don’t even deserve to be talked about. Given the performance of bitcoin for the past few months, it would only be fair if it is slandered and defamed.

Many investors have to be on the losing side after the crypto hit its all-time low this year, and a little disappointment can be expected.

Many people have since used this dark chapter in the cryptocurrency’s journey to further their agenda that bitcoin will soon crash to zero. Many predictors have clearly stated that bitcoin is set for doom and investors should be wary of throwing their money into something which will soon be completely worthless.

A notable figure is Nouriel Roubini, infamously known as Dr. Doom, who has been anything but positive towards the development of Bitcoin. He has publically shown his dislike for the cryptocurrency for quite some time now and it seems his ideas are somehow spreading and gaining grounds.

Vanguard’s global chief economist Joe Davis in a recent blog post threw his support on Dr. Doom’s prediction, stating that “I see a decent probability that its price goes to zero.”

His comments and predictions are however seen as a counter-effort to all the barriers that cryptocurrencies are breaking. Bitcoin has been in the crypto market for almost 10 years now and its journey has been nothing but mind-blowing as compared to other cryptocurrencies.

Its worth went from zero to almost $20,000, a feat which wasn’t expected to be achieved any time soon. Although the current price is lower than what many people would have expected, it doesn’t give room for the extreme thought that, the cryptocurrency will fall to zero.

Bitcoin’s declining price in the early stages of this year has been one of the biggest percentage losses in its history, however, it isn’t the worst even that the digital coin has endured. Bitcoin witnessed a huge 87% reduction in price between November 2013 and January 2015 when it fell from $1,163 to $152.40.

The underlying technology behind bitcoin and the coin itself has evolved massively and is expected to continue to grow. Price fluctuations are part of the crypto market but the idea that bitcoin will crash to zero is proving to be nothing more than an absurd lie.