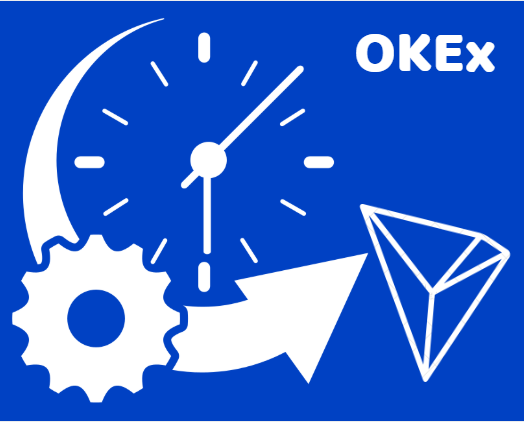 Just after a month and few days after the Tron platform launched its main net, exchanges are still upgrading their servers to support the new tokens which are native to the new platform just launched.
The OKEx cryptocurrency exchange happens to be one of the first to support the new tokens. In the light of this, Justin Sun himself was glad to announce on Twitter.
In his tweet, Justin announced,

Also in a statement released by OKEx on their official blog, it reads:

“The mainnet swap of TRON is complete, and the deposit and withdrawal services have been resumed as normal. Thank you for your understanding.”

About TRON
The new main net called the Odyssey 2.0 was officially launched on the 31st of May, 2018. Apart from being a decentralized social platform, Tron also plans to be a major competitor to the Ethereum network, supporting the creation of decentralized applications.
The 25th of June was also set aside as the platforms’ independence day which events was live streamed Tron’s community global audience, which had over 75,000 viewers on that day.
A billion worth of TRX tokens was burnt on that day which was estimated to be worth over 50 million dollars. This is to limit the number of tokens in circulation further.
The Future Of TRON
Up until now, everyone has been excited about the platform. Justin Sun, being the founder and team head of the TRON platform has been very transparent, carrying everyone along with his plans about the platform.
Furthermore, the platform has been endorsed by a whole lot of prominent personalities in the industry, with one of them being Lucas Nuzzi, who has given his entire time to developing distributed financial systems for the past couple of years. Lucas in his recent tweet had been given credits to the TRON platform. In his tweet, he said;
“PSA: If you think the #EOS launch was chaotic, wait until #TRON launches in a couple of days… I also happened to have reviewed the entire $TRX codebase.
My eyes hurt.
They should rebrand to ‘TRON: the Frankenstein of crypto’.”
All these points to the fact that TRON will become one of the most valuable decentralized platforms in no distant time.