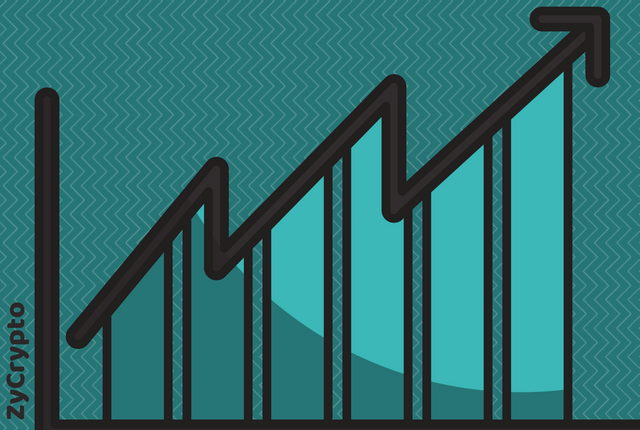 DigiByte has experienced a sharp 25% rebound over the past 24 hours of trading. The cryptocurrency is currently exchanging hands at a price of $0.026, at the time of writing, after suffering a 4.64% decline over the past 7 trading days.
DigiByte was created in 2014 by its founder Jared Tate. It is one of the most secure blockchains due to it having 5 consensus mining algorithms ensuring that not one sector can dominate mining.
The DGB network can also boast of transaction speeds far superior to Bitcoin and Ethereum. Currently DigiByte can handle around 500 transactions per second (TPS). This greatly outstrips the 7 TPS that Bitcoin can handle and the 25 TPS currently achievable by Ethereum.
In a recent interview with the CEO of ABRA, Jared Tate commented that one of DigiBytes most prominating features is that of its loyal community. Furthermore, Jared went on to announce that the DigiByte team have officially had their wallet approved by apple to be released in the iOS store. He also went on to comment that the current wallet has already had over 230,000 installs, indicating the great interest in the project.
Let us continue to analyse price action for DigiByte over the recent term. 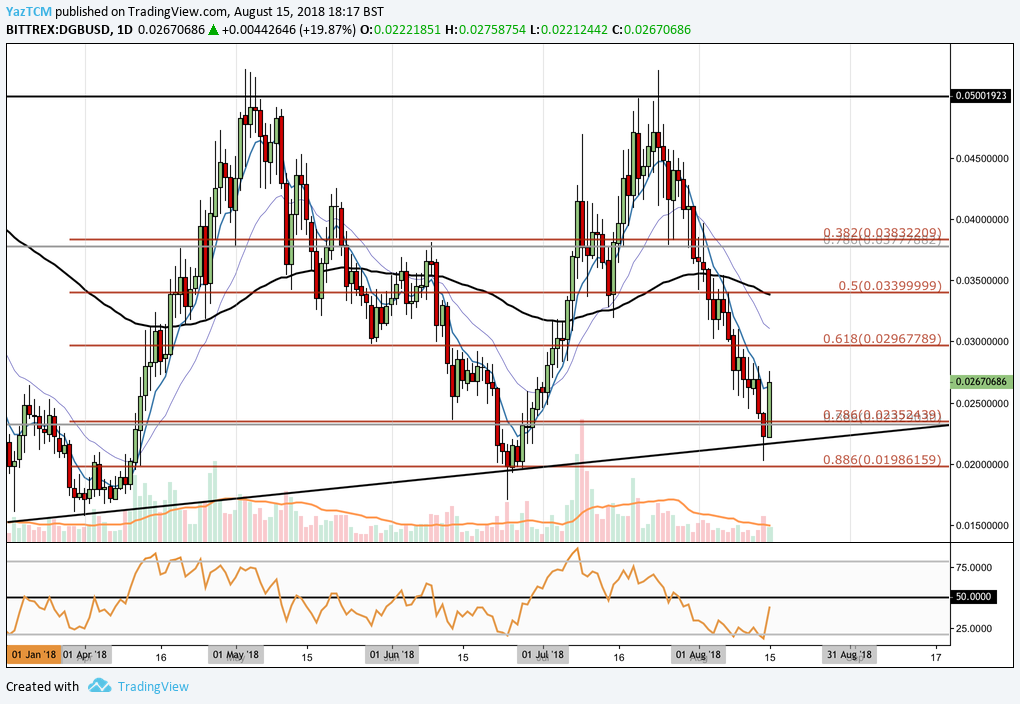