Cardano (ADA) and Stellar (XLM), the 11th and 12th top cryptocurrencies by market cap respectively, have taken quite a beating in the past week.

The weekly charts for both crypto assets show that they have both declined significantly and are a long way away from their year-to-date high of $0.097 and $0.144 respectively. Let’s take a quick look at each.

ADA’s Price Has Declined During the Past Week

According to CoinMarketCap, ADA is currently valued at $0.077463 which is 2.40% decrement in price within the past 24 hours. A perfect picture of what an unimpressive performance that is, can be gotten from looking at the virtual asset’s price movement in the past week. 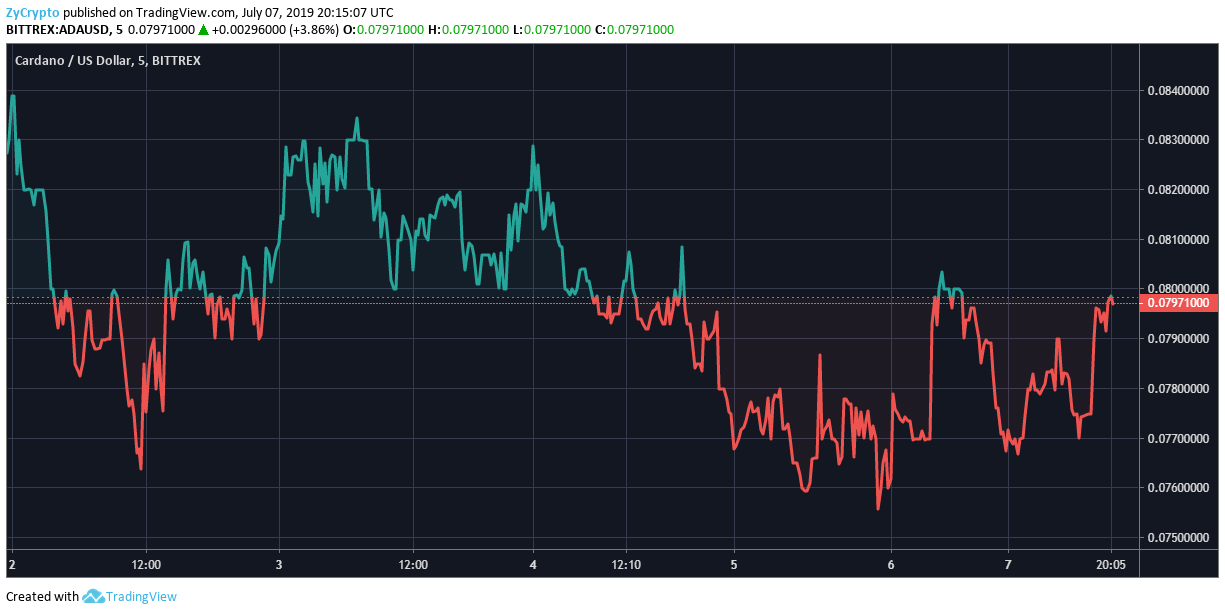 That is to say, ADA traded sideways on Monday, July 1, 2019, given that it was priced between $0.080504 and $0.085895 with neither a significant dump or spike in price or the bulls or bear taking control of the market. The virtual asset also failed to take a leap to retest the $0.09 range which it had traded for about 19 days between June and July 2019.

XLM Also Dips In the First Week of July

Asides from ADA, XLM has also shown an unremarkable performance during the course of the week. XLM is currently priced at $0.103236 with a 0.45% decrement in price within the past 24 hours.

What’s however worthy to note is that the price of ADA and XLM like other altcoins have declined with the steady price movement in Bitcoin. The same decrement was evident in the first week of June before they surged to $0.106910 (ADA) and $0.134813 (XLM) on June 22 and June 26, 2019, respectively. Will a new record also be set later in the month of July? One can only hope and wait.