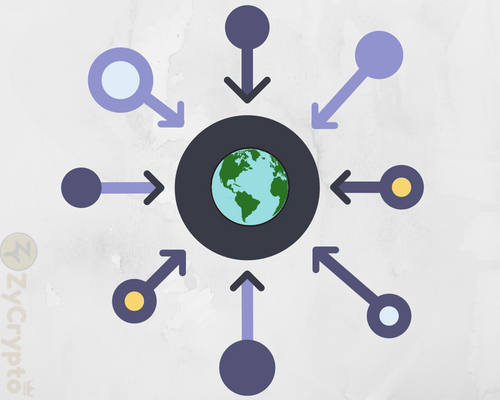 In the last few weeks Charles Hoskinson, the opinionated founder of Cardano tweeted a couple “reasons why we need bitcoin.”  First he alluded to China’s authoritarian social points system, and on Friday he shared a link to a story about a 64 year old man had his life savings seized by authorities without even being charged with a crime.
Crypto enthusiasts argue that this simply couldn’t not happen if his savings were secured on the blockchain. There are many everyday issues that can be solved by blockchain technology, but sometimes a jarring story will show the need for cryptocurrency in a more glaring obvious way.
This week the Visa payment system in the EU and the United Kingdom went down, leaving many customers and businesses unable to complete transactions.  Shoppers all over Europe are having their cards declined and retailers, restaurants, bars and other centers of commerce are reporting that they are unable to accept credit card payments, forcing them to take cash only or lose the sale altogether.
News began to spread of the problem as users began to complain that their cards were wrongly being declined due to having insufficient funds. Soon customers and businesses realized that the problem was being caused by Visa’s global payments system.  Visa has apologized for the “disruption of service” that reaches beyond just Visa users due to the fact that so many financial institutions use Visa’s systems.
This displays what many cryptocurrency and blockchain enthusiasts say is the problem of relying on a centralized system such as the one deployed by Visa.  Proponents of decentralization argue that these disruptions could not occur if the use of cryptocurrency was the norm.
Even in the case of catastrophic world events, a decentralized system would remain unchanged and usable during times of crisis.  Bitcoin rose in the wake of the 2008 financial crisis as more and more people sought a way to escape the centralized financial system.
Bitcoin.org tells us that every Bitcoin transaction is “stored publicly and permanently on the network, which means anyone can see the balance and transactions of any Bitcoin address. However, the identity of the user behind an address remains unknown until information is revealed during a purchase or in other circumstances.”
Decentralization and the blockchain can deliver both privacy to users and transparent transactions adding to the list of advantages of cryptocurrencies such as Bitcoin or Ethereum. Experts of blockchain technology promise that the adoption of cryptocurrencies means both financial independence and security for individuals and businesses alike.