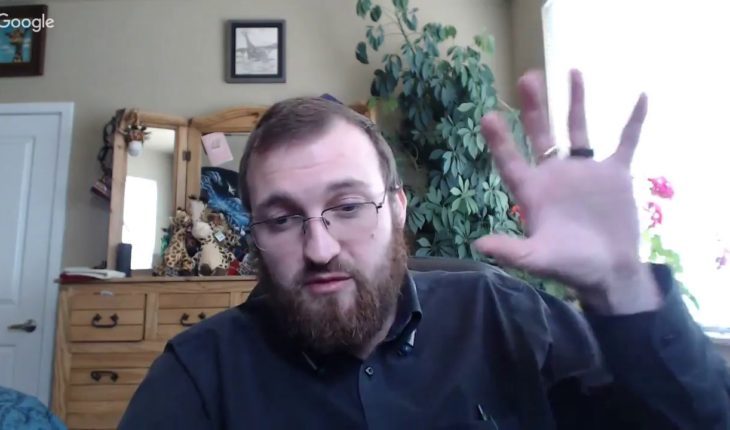 Charles Hoskinson, CEO of IOHK and founder of the 3rd generation cryptocurrency, Cardano, is known for making profound statements about the impact blockchain will on the world and society.
He has struck yet again as he warns of a possible invasive and controlled future if cryptocurrency isn’t there to save us. He tweeted a link to an article from Business Insider describing the effect of China’s social credit system and warned of such ideology spreading throughout the world. 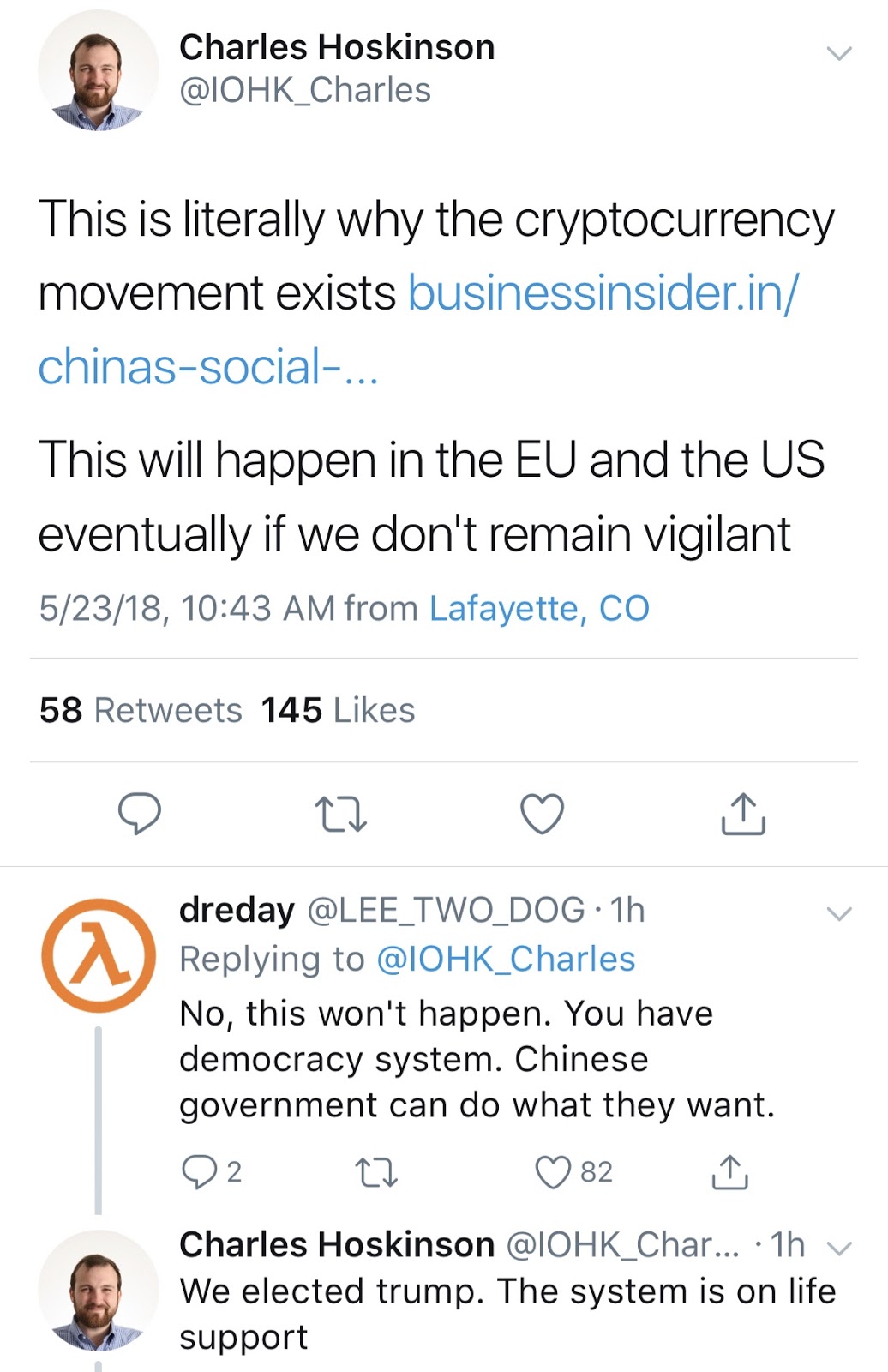 China has recently implemented a system where its citizens are rated and given a score based on their social lives and economic status.  On May 1st 2018, the program began its rating of China’s citizens. The Chinese government claims the program is for the purpose of building societal “trust,” but the exact factors that determine ratings are kept a secret.
Common bad behavior such as speeding, smoking, spending too much time gaming, and posting fake news on social media will all lower your score. The punishments include barring citizens with low scores from traveling, slowing down their internet, or even stopping people from attending certain schools or working particular jobs.
The program is voluntary for now but has still prevented millions from traveling but proponents of the program insist that this will be beneficial for the people of China and increase the level of trust between the people, businesses, and the government.
Hoskinson warns that the social credit points systems will be a world wide trend if people don’t have their eyes open.  Another tweeter responded and insisted that in a democracy the people are safe from such systems. But according to his response, Hoskinson doesn’t seem to have a whole lot of confidence in the present system.
“We elected trump (sic). The system is on life support”, said the libertarian leaning crypto magnate. Cryptocurrency and decentralization is Hoskinson’s answer for this government overreach. Decentralization means that decision making is brought to the community rather than being left in the hands of a small group of people with controlling power.
The driving idea behind the blockchain and cryptocurrency movement is to achieve financial freedom through decentralization. Aside from the financial benefits normal people can receive from cryptocurrency.
Blockchain technology can act as a catalyst for a more open democracy and a flourishing of ideas between people rather than a small yet powerful group determining the rule of law.
Some experts go as far as wondering if States and traditional government will even be needed after the emergence of blockchain protocols and cryptocurrencies.
Marcella Atzori, a blockchain expert who holds PhD in international relations, argues that decentralized governance could replace government as we know now and that blockchain technology and cryptocurrencies.
As China moves forward into a possible real life version of Orwell’s 1984 we must ask ourselves; how far are we willing to let governing powers reach into our lives even if they tell us the intentions are good?