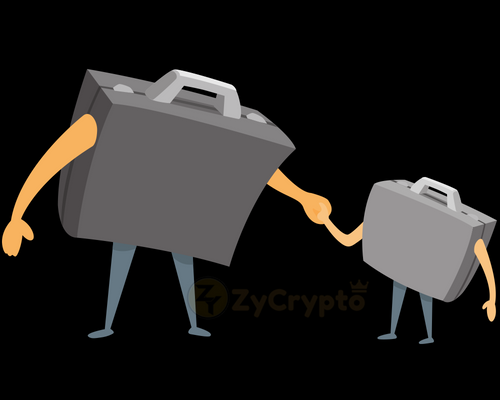 If cryptocurrencies are to boom, then there must be active sides willing to exchange; those who will accept them for goods or services they render and those who will want to use them to pay others for products or services offered to them.
Though seems natural, it’s been a decade, and we haven’t still seen up to 5% of the world’s’ population has a deep interest in wanting to use cryptocurrencies. Why? This would be the most reasonable question to ask at the moment.
Different financial experts have had different things to say on this but of recent, John Rainey, who’s the present Chief Financial Officer for PayPal (a global online payment processing system which supports money transfers and also serves as the alternative to paper money), in a bid to promote PayPal said the cryptocurrency market is a highly volatile one. This reason he says has been behind why the majority hasn’t adopted cryptocurrencies.
Trying to explain his point further, he said:

“If you’re a merchant and you have, let’s say, a 10 percent margin on a product that you sell and you accept bitcoin, for example, and the very next day it moves 15 percent, you’re now underwater on that transaction.”

While this is very true, no business owner wants to lose money. Knowing you collected full payments one second and the next second, you are a few dollars short. That’s frustrating. Also, on the side of the buyer/purchaser, he could buy some cryptocurrencies to make payment one moment and the next he’s short and doesn’t have enough to purchase what he needs anymore, that’s also a huge problem.
But with cryptocurrencies, it could also go the other way round. Your funds could be easily doubled in a moment as well. But could we call this a game of chance?
Despite the challenges cryptocurrencies pose, it’s still of a better advantage than other digital methods of payments, most especially, PayPal, considering its problems. PayPal as a platform has of recent had more issues that cryptocurrencies presently have.
Business owners could have their funds suspended on the platform for as much as 180 days. Though the value may not drop, who wants to wait 180 days before accessing his/her funds.
Fortunately, Jack Dorsey, who’s the CEO of Square, a PayPal competitor shares a different view about these virtual currencies. Square had recently introduced the payment processing service for the bitcoin cryptocurrency, and the results have been successful to a large extent. Jack in his statement said he expects bitcoin to be the “currency for the internet” eventually.