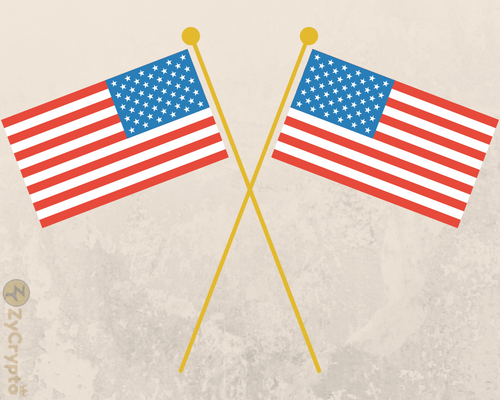 As Bitcoin and other cryptocurrencies have gone on crazy bull runs in the last couple of years, curiosity has grown into awareness and now blockchain technology could be on the brink of entering daily life.
Popularity and the growing use of crypto has forced the hands of governmental bodies around the world into regulatory action. New laws restricting its use have begun to pop up, but crypto-centric political platforms are about to become more popular and visible as well.
Known crypto enthusiast, John McAfee ran for president of the United States in the wild 2016 election.  He was in the Libertarian Party’s Primaries and ultimately lost to Gary Johnson. Now McAfee says he’ll run again in 2020 and cryptocurrency will be apart of his platform.
He tweeted, “In spite of past refusals, I have decided to again run for POTUS in 2020. If asked again by the Libertarian party, I will run with them. If not, I will create my own party. I believe this will best serve the crypto community by providing the ultimate campaign platform for us.” 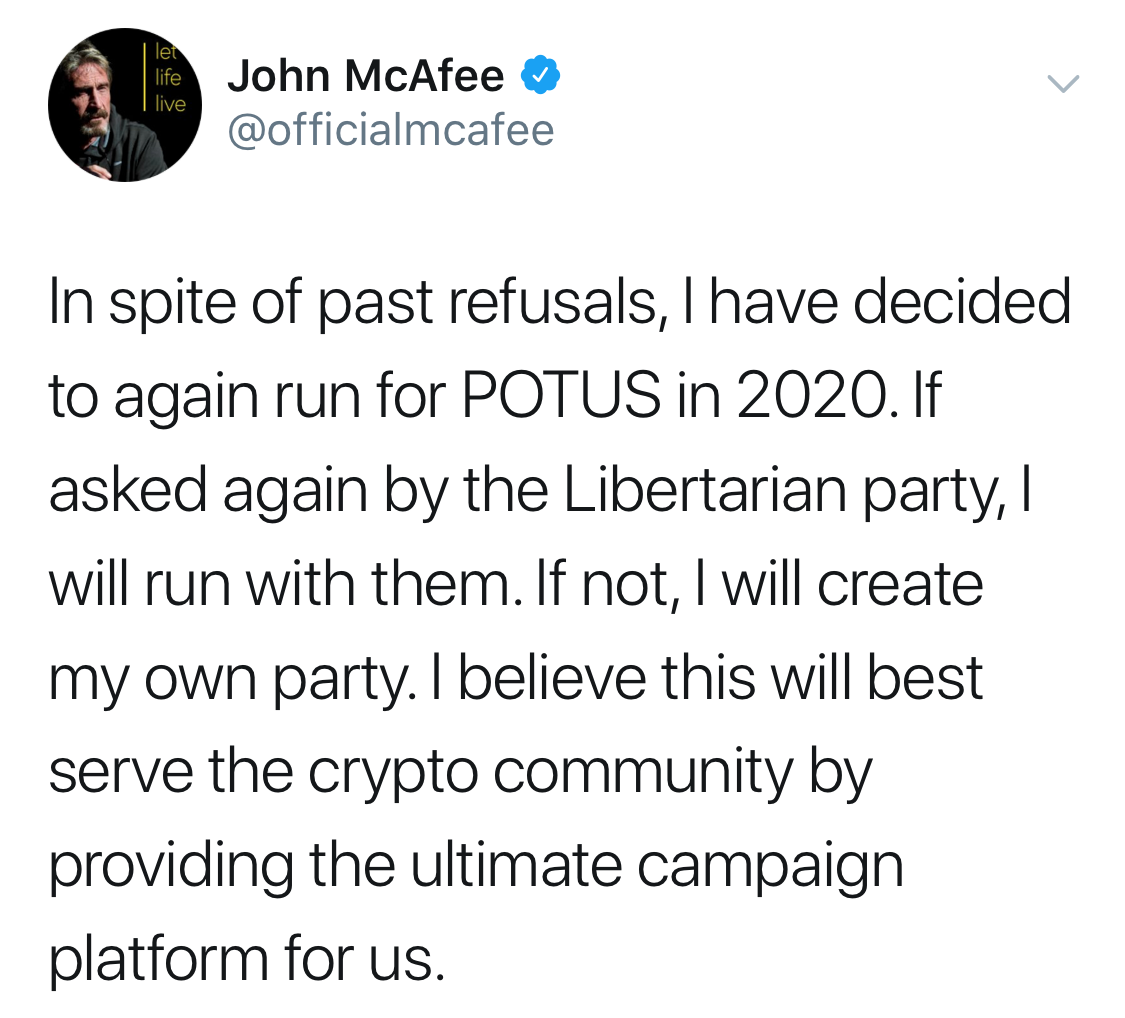 McAfee will have the ear of millions as the political season heats up in the United States. Ever since Donald Trump announced that he would run for president, Americans have been fixated on the subject of politics.
McAfee, has been a champion for crypto and the advantages of blockchain. He also has a lot to gain personally from the adoption of crypto, and will hope to have the attention of the politically hungry and crypto curious.
Congressional elections promise to be influenced by crypto as well.  In California, Brian Forde is a House of Representatives candidate who could bring cryptocurrency to the forefront of American politics.
With his MIT-to-White House resume, and backing of the Democratic Party in an election for a highly contested seat in Orange County, Forde is probably the most serious candidate who is a political ally  for cryptocurrency and advocate for blockchain in general.
The United States is not the only place where crypto candidates are running.  In April, Cheng Yi-ting, CEO of the Taipei cryptocurrency exchange OTCBTC announced that she would run for mayor.  Taiwan’s crypto policies have been in limbo and she promises to address that.  She wants to make the city a hub for not just crypto but the entire fintech industry.
Democracies around the world could soon be feeling pressure to either aid in, or simply get out of the way of the crypto sector’s building movement.