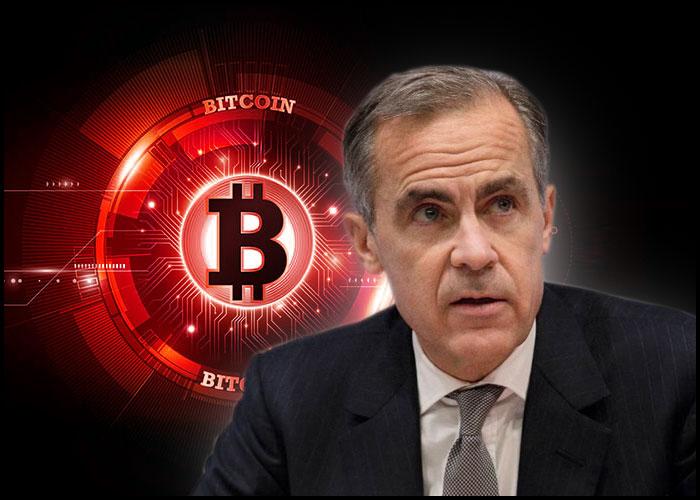 It is no secret to anyone that every speculative market varies its prices according to buyers’ expectations, which are influenced by statements that could potentially affect their later performance. The cryptocurrency market does not escape from this reality, and its prices have fluctuated with upward and downward trends according to official and unofficial statements made by personalities of renowned trajectory in the world of finances.
Just after a downward trend due -among other things- to statements made by governments such as China and South Korea to regulate or even ban the trade in cryptocurrencies, the bitcoin and altcoins market managed to recover after the leaders of these and other countries declared that such bans would not be implemented.
In the midst of this statements season, there was someone who wanted to let the world know his opinion about bitcoin: Bank of England’s governor Mark Carney. For him, even though bitcoin was the most profitable currency last year, and the crypto market has grown faster than any other, cryptocurrencies in general are nothing but a failure. In a lecture at Regent’s University in London on February 20, he referred to the bitcoin by saying:

“It is not a store of value because it is all over the map. Nobody uses it as a medium of exchange,”

However, while previously this kind of statements (similar to those issued at the time by JP Morgan CEO Jamie Dimon saying that bitcoin was a scam) generated nervousness and caused a fall in prices, apparently no one seemed to take them too seriously as a reason to speculate on prices. Bitcoin continued its bullish trend and the rest of the altcoins maintained their traditional behavior.
These declarations failed to destabilize markets, after authorities from the European Central Bank, South Korea, the United States, Indonesia and Japan acknowledged that there was no official banking interest in banning the crypto market, as well as other even more ambitious initiatives such as those of the Saudi Arabian Central Bank to use Ripple as a payment platform, and Venezuela to formalize the legality of cryptocurrencies as countrywide accepted means of payment.
Index fund outperforms BTC’s ROI
Although bitcoin alone can demonstrate that at least since its inception it has been everything but a failure, with a return of 941% in the last year, the investment diversification strategy is much more successful and can counteract risks.
For this, there are many strategies, but one that is measurable is the Bitwise HOLD 10 Private Index Fund, which according to the original website “represents the performance of the cryptocurrency market by tracking a basket of the ten largest coins. To protect the integrity of the index, significant robustness is applied through eligibility criteria, inflation adjustment of market capitalization, distinguishing circulating supply, the rebalancing policy, compositing of price data, data sources, and policies for rare events like hard forks. The Index will be evaluated and researched on a periodic basis.”
This index had a growth of 1575%, for a theoretical investor who had his money distributed as follows:

A good option to take into consideration when investing in cryptocurrencies.
featured image via rttnews