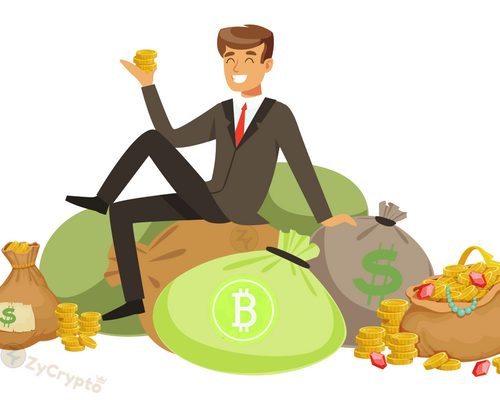 So many have different views of cryptocurrencies. Some think it’s a way of being scammed, and others think of it as an investment opportunity or a means of sending financial transactions world over without restrictions.
Well, whatever you think of it, you are probably judging based on experience or what someone must have said about it. Perhaps at the end of this piece, you’ll have a different view of it.
Undoubtedly, few have lost a ton of money into investing into cryptocurrencies, yes. But more people have made a ton as well investing in this new kind of virtual currencies.
Here are few people you should know who made a lot from investing in cryptocurrencies.
Eddy Zillan – was giving $5,000 for any investment of his choice by his parents sometime in 2012. Thinking he was going to invest in stocks, Eddy invested in cryptocurrencies such as bitcoin and ethereum.
Working at a tennis club in summer, Eddy saved another $7,000 and invested in cryptocurrencies as well, raising the total capital invested to $12,000. Calculating based on the value of cryptocurrencies now, Eddy has made over $500,000 for himself in a couple of years.
Roger Ver – who’s also been referred to as “Bitcoin Jesus” is currently the wealthiest bitcoin millionaire today (Satoshi Nakamoto not included). Though he was already a millionaire before he got into bitcoins, he was the first to invest in bitcoin startup. His estimated worth (in bitcoins) would be at least $52 million and is an avid supporter of Bitcoin Cash.
Winklevoss Twins – though came to limelight after a “legal battle” with the CEO of Facebook, Mark Zuckerberg. The twins invested a huge chunk of their already made millions into BitInstant Bitcoin, established a company which tracks the average price of bitcoin across exchanges, and also opened their first Bitcoin exchange. The twins are estimated to have at least $11 million worth of bitcoins.
Jered Kenna – invested in bitcoins when it was $0.20. Though he invested a considerable sum of money into it and made remarkable gains in few years, he also ventured into quite a few cryptocurrency-related ventures. He’s estimated to have made over $30 million.
Tony Gallippi – he founded the first bitcoin payment gateway, Bitpay. With is organization processing over a million dollars worth of cryptocurrencies daily, Tony is estimated to be worth over $20 million in bitcoin investments.
Those are just a few of thousands of people who have been successfully invested in the virtual currency. More and more “ordinary people” are getting enriched by the day investing in Bitcoin and other alternative cryptocurrencies.
Please be aware that investing in bitcoins and other cryptocurrencies is risky and those who do are to be in it for the long-term gains.