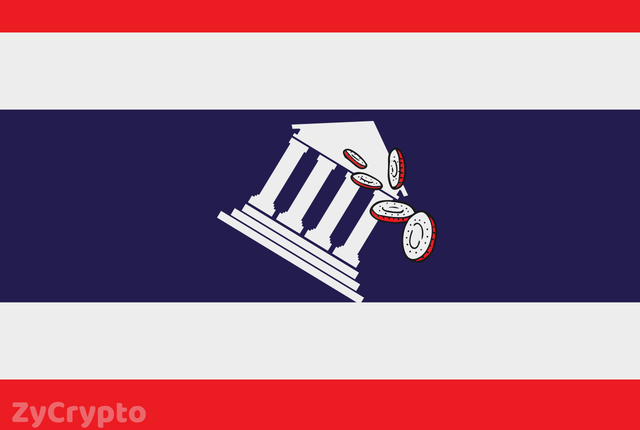 Thailand could be the next country to unveil a central bank backed cryptocurrency following the footsteps of Venezuela, Tunisia, and Senegal.
According to a Tuesday press release, the Central bank of Thailand is well on track to complete the first phase of a proof-of-concept trial for the new digital currency and hopes that this will be done by March 2019.
The Bank of Thailand (BoT) has partnered with eight other financial institutions within Thailand to execute “project Inthanon” which will give birth to the CBDC. Also, the digital ledger technology that will be used for the currency will be r3 Corda blockchain which prides itself as the “enterprise blockchain.”
BoT hopes that exploring blockchain technology for interbank transactions will in the long run “enhance the efficiency of the Thai financial market infrastructure,” among many other things.
According to the announcement, “Project Inthanon Phase 1 is expected to be completed by the first quarter of 2019 after which the BoT will publish a project summary accordingly.”
The bank and other project participants will subsequently build on their discoveries from phase 1 to develop the capabilities of the prototype for broader functions including third party funds transfer and cross-border funds transfer.”

Even though countries remain divided about cryptocurrencies such as BTC and what it could contribute towards the growth of the global economy, some central banking authorities are now embarking on trials for a CBDC.
It is known that the existence of such a currency will improve monetary policy and also allow for a costless medium of exchange that serves as a secure store of value, and a stable unit of account.
Right now, introducing such a digital currency for “interbank transactions’ is what the Bank of Thailand is working towards. There is also no ruling out the possibility that such currency will be made available to the public after some time and even be used for mass cross-border transactions.
The Hong Kong Monetary Authority and the Bank of Canada are other popular sovereign banks piloting Distributed Ledger Technology trials for other purposes. There is undoubtedly more to CBDC’s than we already know and maybe in the future, more countries will tilt to CBDC.