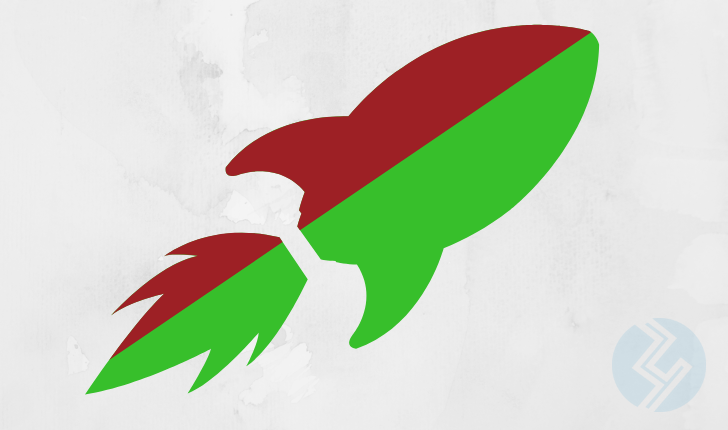 The recent xRapid Upcoming Launch announcement by Ripple’s regulations and relations for Asia Pacific and Middle East, saw XRP increased by over 100% within 7 days and has also tried to retain most parts of the gain and seriously competing with Ethereum Over the second spot in Market Capitalization and currently trading at $0.56 as at the time of writing.
Also, Tron token (TRX) has been in the news after Tron Foundation CEO Justin Sun gave a timeline for the launch of the Atlas project and also the recent announcement by BitTorrent which was bought over by Tron Foundation that it will be rewarding close to more than 100 million of it’s users with the Tron token. All this are geared towards increasing the adoption of this tokens thereby increasing their market price.
However, some of the reasons why i think Stellar Lumen (XLM) will outperform both tokens in performance by the end of the year are:
1) It has shown to be less volatile than both: the price of stellar lumen went up to close to $0.93 by Jan 2018, while the price of Xrp went as high as $3.84 by middle of Jan this year. Tron token has as well reduced by more than 500% . Comparing this with their their present value, it could be seen that Xrp has lost more than 660% of it’s all time high value while XLM has lost less than 400%. 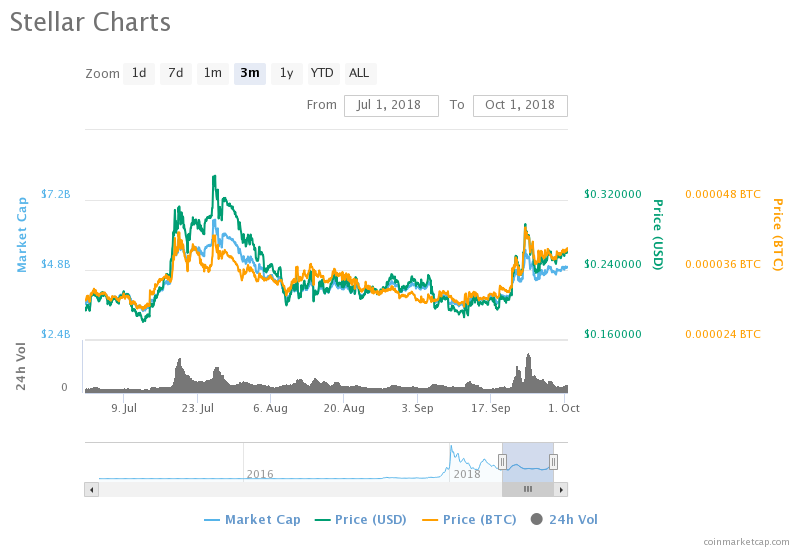 2) It is less controversial: Rarely Could one hear of a lawsuit against the Stellar Foundation the founding company of the native token Stellar Lumen (XLM). This could not be said of the other two tokens that are embroidered with court cases which could distract the team from concentrating with the goals they want their Coins to Reach in the Crypto sphere.
3: Less Negative News: Since the Past Months we’ve majorly heard positive and intriguing news about Stellar XLM and has been securing partnerships and Performing Above Market Expectations and Attracting more investors majorly because of the less volatility of the token.
4) It has a Decentralized Trading Applications platform: The Role of decentralized applications blockchain in the value of a cryptocurrency could not be ignored, otherwise one should ask why ethereum network is most preferred for housing the erc20 tokens.
This tokens that are created on the stellar blockchain is adding more value to stellar lumens as more recognized firms are getting attracted to it for launching their initial coin offerings. This will eventually push the value of lumen higher unlike the Ripple blockchain that is mainly for payments and the Tron mainnet that just started to push out projects.
5) Launch of the World’s First Zero-Fee Decentralized Exchange: Stellar Lumen foundation just launched Stellarx with a surprisingly zero trading fee, this will definitely attract thousands if not millions of investors to its decentralized exchange platform which also uses the native token XLM as its base coin in the platform.
Which is similar to the way binance uses BNB as base coin for payment of gas fees in the exchange which rapidly helped in bringing up the BNB token to the Top 20 Coins in the Market, such similar rapid growth increase should be expected.